The store will not work correctly in the case when cookies are disabled.
SOLD OUT
SKU
5005001
3  Reviews Add Your Review 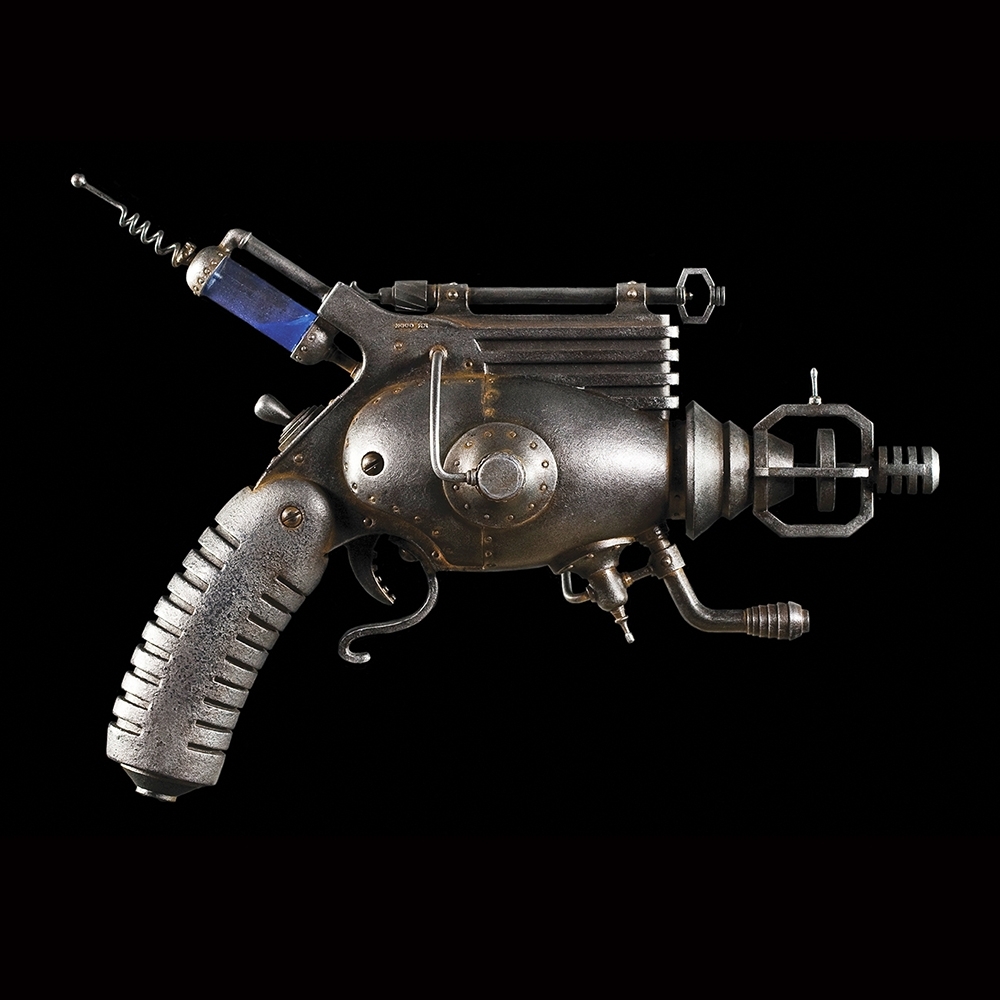 The lightest of the three Rayguns, what the ManMelter lacks in weight, it makes up for in its gadgets and technical wizardry.

The case contains various doo-hickeys and tools, among these are Phlogiston canisters that contain the telltale blue residue, left over from missions past. The switch on the rear of the gun makes a charming 'thunk' sound when used.

This is a limited edition piece, every single one handcrafted and made out of metal with some glass parts. It comes with its own velvet lined pressed tin case (which also doubles as a display stand), a Certificate of Authenticity and an assortment of implements and crafting tools.

Displays nicely in its case.

Designed by Greg Broadmore. Sculpted and built by Dave Tremont.