The store will not work correctly in the case when cookies are disabled.
$749.00
excludes applicable taxes
Already in Wish List Add to Wish List
SOLD OUT
SKU
860101609
11  Reviews Add Your Review
Winner of seventeen Academy Awards, The Lord of the Rings was brought to the big screen by New Line Cinema and directed by Peter Jackson. Weta Workshop was intrinsically involved in the design and physical effects manufacture for all three films. 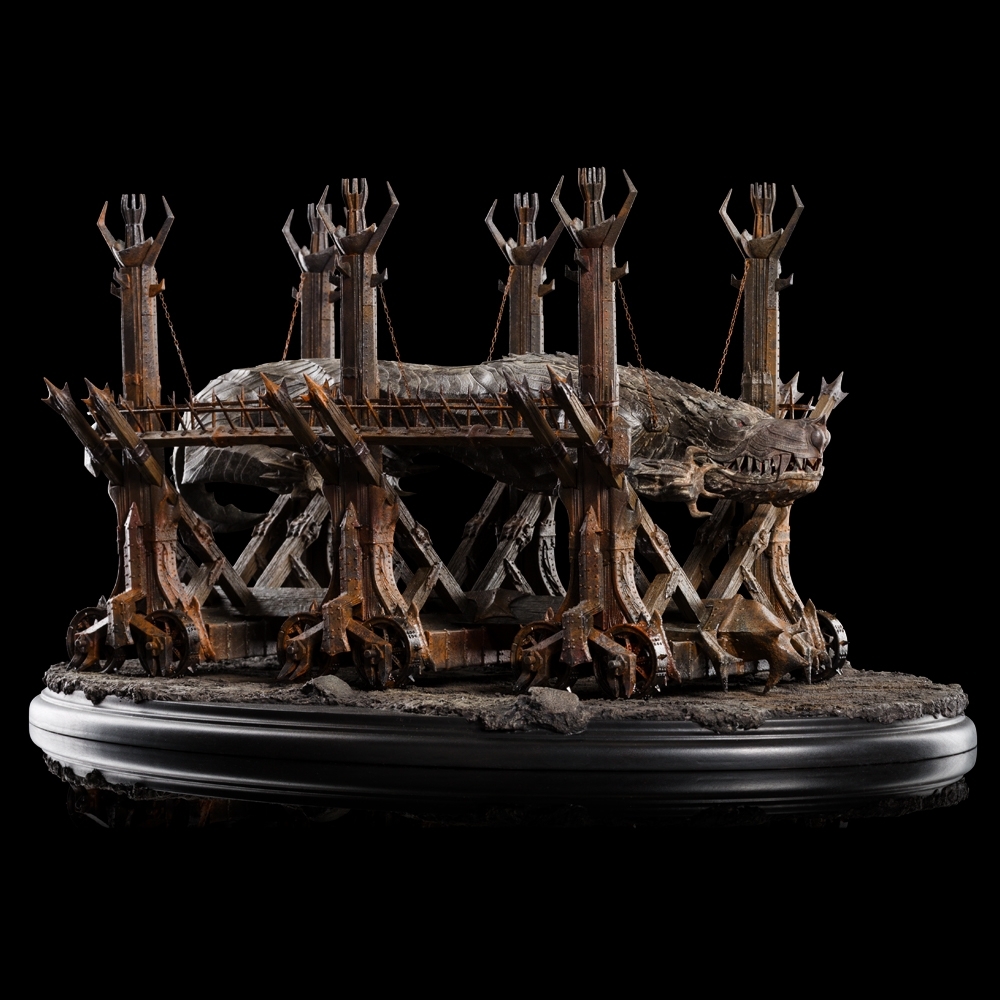 Foremost among the Dark Lord Sauron’s devices of war was Grond, Hammer of the Underworld.

A great battering ram fashioned after the snarling visage of a wolf, with flames licking its jaws and burning within its eyes, Grond was a terror to behold. Etched with spells of ruin and hung from a towering gantry, the ram was dragged many miles from the dark foundries of Mordor to the gates of Minas Tirith, a city under siege. Before the White City’s walls, Trolls took up chains to swing the mighty wolf’s head, shattering the gates, spilling Orcs, Trolls, Wargs and worse to sack and slay within.

A masterpiece of film sculpture, this magnificent Gront collectible was first unveiled at New York Comic-Con.

Please note: images are of a pre-production prototype. Final product may differ.