The store will not work correctly in the case when cookies are disabled.
SOLD OUT
SKU
870801890
2  Reviews Add Your Review
From New Line Cinema, Peter Jackson and Warner Bros. comes J.R.R. Tolkien’s The Hobbit, brought to the big screen in an epic trilogy. Weta Workshop was thrilled to return to Middle-earth once again, contributing design, specialty props and specialty costu

GALADRIEL AT GANDALF'S SIDE: DOL GULDUR 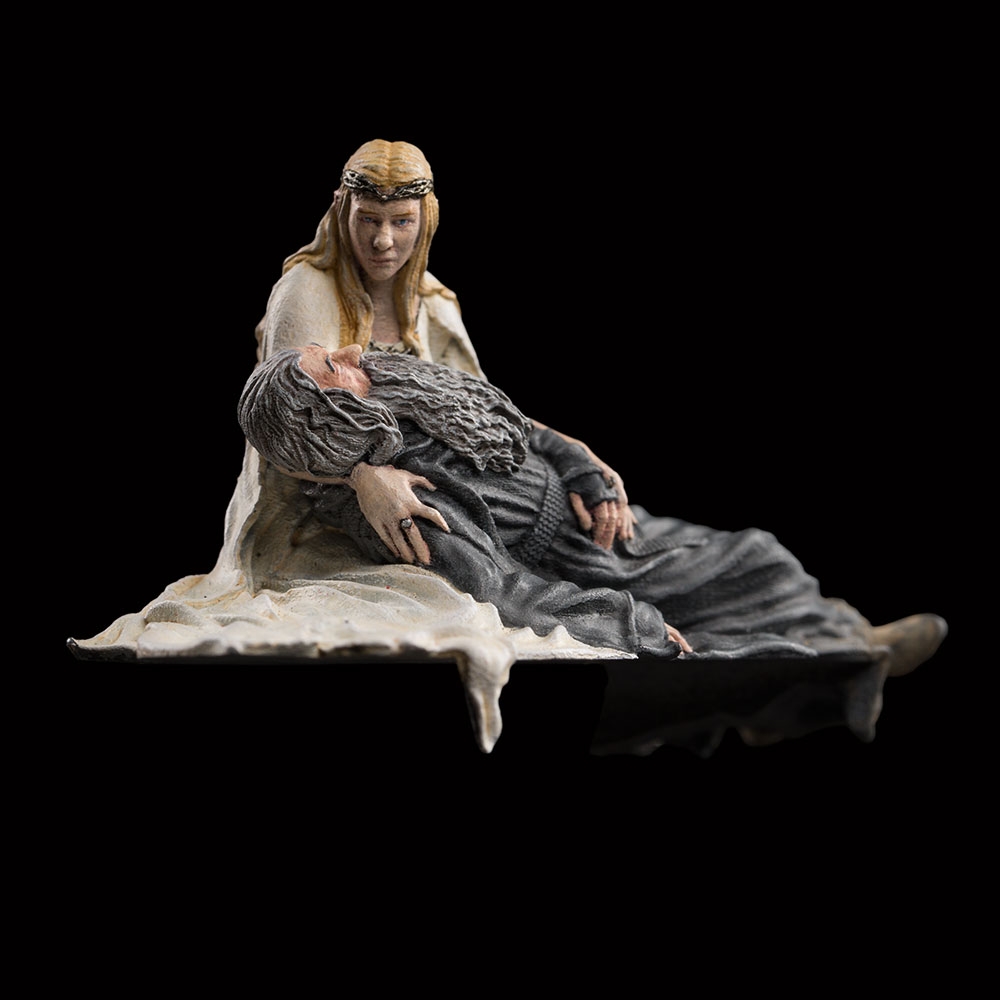 Amid the thorns and spells of Dol Guldur, the Lady Galadriel of Lothlorien cradles Gandalf the Grey, barely alive after his mistreatment at the hands of the Necromancer’s minions.

Immortalise this pivotal moment with Galadriel at Gandalf's Side: the first figure released from Weta Workshop's 1:30 Scale Collection.

From the same artists and technicians who worked on The Hobbit motion picture trilogy, comes Dol Guldur: A 1:30 Scale Collection. For the first time ever, collect your very own Middle-earth scene piece by piece and populate it with miniature figures of your choosing.

Please note: the product images show an early pre-production prototype. The final piece will come on a resin base block that fits into the Palantír Courtyard diorama. See the third product image for a mockup representation of this.