The store will not work correctly in the case when cookies are disabled.
SOLD OUT
SKU
710500531
12  Reviews Add Your Review

Indivisible Particle Smasher
Skip to the end of the images gallery 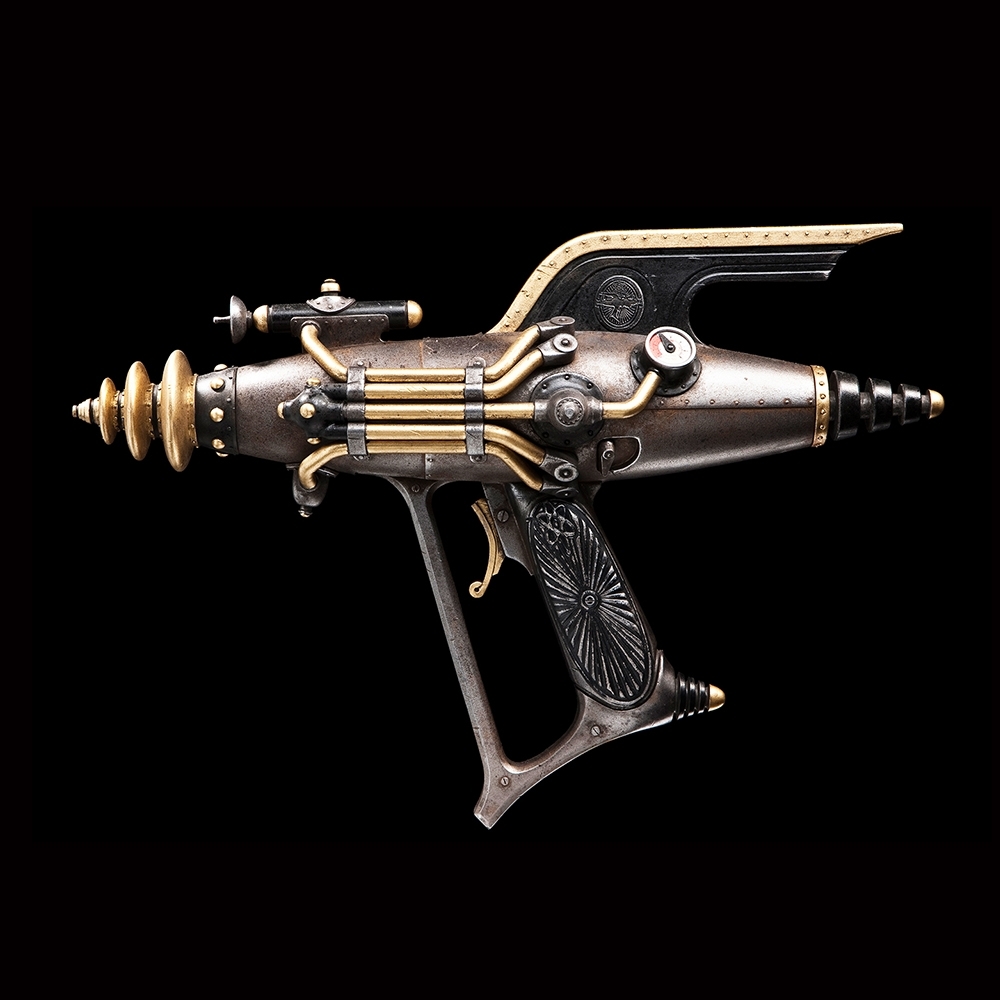 The Righteous Bison is no ordinary raygun. Far from it.

Where traditionally manufacturers in the Wave Oscillation genre have (some say lazily) gone down the well-charted route of heft and mass, the Righteous Bison has been designed with the handler in mind. Portability and wieldability have been the guiding lights for the groundbreaking team of young talent that's been put in charge of this whimsical undertaking.

It is furthermore an eminently suitable accessoire to your pseudo-victorian attire for weekending in the country or impressing your peers at parties or other large gatherings. The Righteous Bison can take a fair amount of man-handling. And even more woman-handling!

The result, ladies and gentlemen, as I'm sure you agree, is nothing short of pretty good. The gun is about the same weight as a small brown trout (or two pints of Pale Ale) and can be fired continuously without exhausting the sportsman. Much like a good man-servant.

It is despatched packaged in equally light-weight materials and should reach you at your desired destination quick-smart.

Made from Imitation Metal*

Any similarity between the Righteous Bison Indivisible Particle Smasher and the raygun silhouette in the crest of Grordbort Industries is naturally not completely coincidental. They're both rayguns, silly.

*Imitation Metal is a light-weight compound that looks and feels remarkably like plastic under Earth conditions.

When it comes to unique and unusual collectibles, you can't beat the uber-cool rayguns from Weta.