The store will not work correctly in the case when cookies are disabled.
Special Price $11.99 Regular Price $39.99
excludes applicable taxes
Already in Wish List Add to Wish List
Shipping worldwide from our NZ warehouse.
In stock
SKU
121601045
2  Reviews Add Your Review

THE ART OF THE ADVENTURES OF TINTIN

Back to The Adventures of Tintin 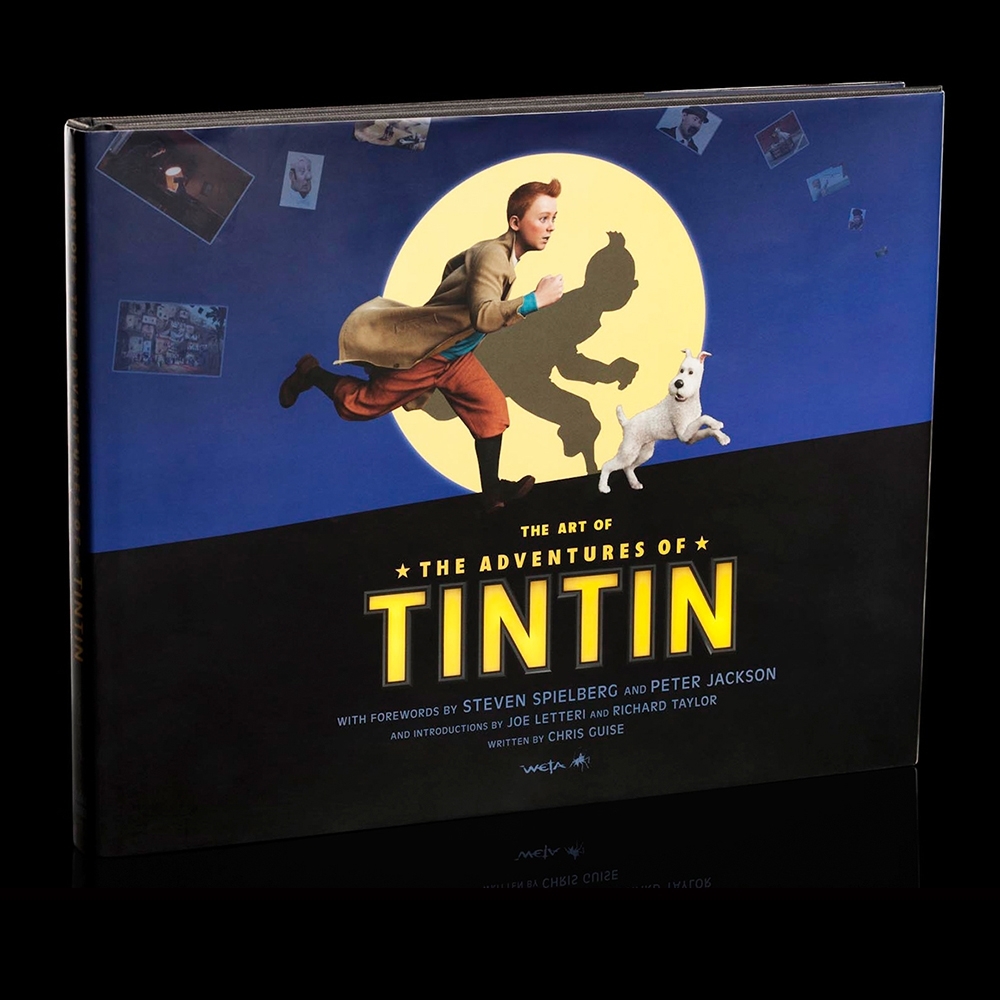 Weta and HarperCollins Publishers were excited to join forces to release The Art of The Adventures of Tintin. This beautifully presented book was written by Weta Workshop concept designer Chris Guise, with forewords by Steven Spielberg and Peter Jackson.

The animation, visual effects and conceptual design for the movie were created by Weta Digital and Weta Workshop, the multi-Academy Award-winning companies based in New Zealand that helped create global blockbusters such as The Lord of the Rings, King Kong and Avatar. The Art of The Adventures of Tintin was created by the actual Weta artists who brought Hergé's wonderful Tintin characters to the big screen.

From early concept illustrations to final shots from the film and everything in between, this book gives fans a rare glimpse of the creativity that goes into making a film like this a reality. It even includes special pieces of artwork produced exclusively for this book.

The Art of The Adventures of Tintin features forewords from Steven Spielberg and Peter Jackson. Oscar winners Joe Letteri and Richard Taylor also share their insights into the filmmaking experience in their introductions.

Moulinsart, the official organisation that looks after the world of Tintin, has contributed an introductory chapter on the comic's creator Georges Remi, aka Hergé, and has kindly provided examples of his inspirational artwork for reproduction.

Chris Guise, the author of The Art of The Adventures of Tintin, provides a unique perspective on the film, both as a lifelong Tintin fan and as the lead conceptual designer on the film. Guise interviewed many of his colleagues about the production of the movie and lets them tell their stories and inspiration behind their work in their own words.

The Art of The Adventures of Tintin was released together with a ground-breaking app including wonderful additional imagery, special audio commentary from the filmmakers, character animations and extra content.

The Art of the Adventures of Tintin App

Weta Publishing has sold more than half a million books worldwide. Written and designed in-house, our ‘art of’ titles include The Hobbit Chronicles, The Art of the Adventures of Tintin, The Art of District 9, and more. Each tome is beautifully illustrated with hundreds of behind-the-scenes images and first-hand stories from the cast and crew who worked on the films. The first volume in our Hobbit Chronicles series featured on The New York Times Best Seller List, with more than 250,000 copies printed in six languages.