The store will not work correctly in the case when cookies are disabled.
SOLD OUT
SKU
870102635
12  Reviews Add Your Review
From New Line Cinema, Peter Jackson and Warner Bros. comes J.R.R. Tolkien’s The Hobbit, brought to the big screen in an epic trilogy. Weta Workshop was thrilled to return to Middle-earth once again, contributing design, specialty props and specialty costu

TAURIEL™ OF THE WOODLAND REALM

1:6 scale statue - Limited Edition of 800
Skip to the end of the images gallery 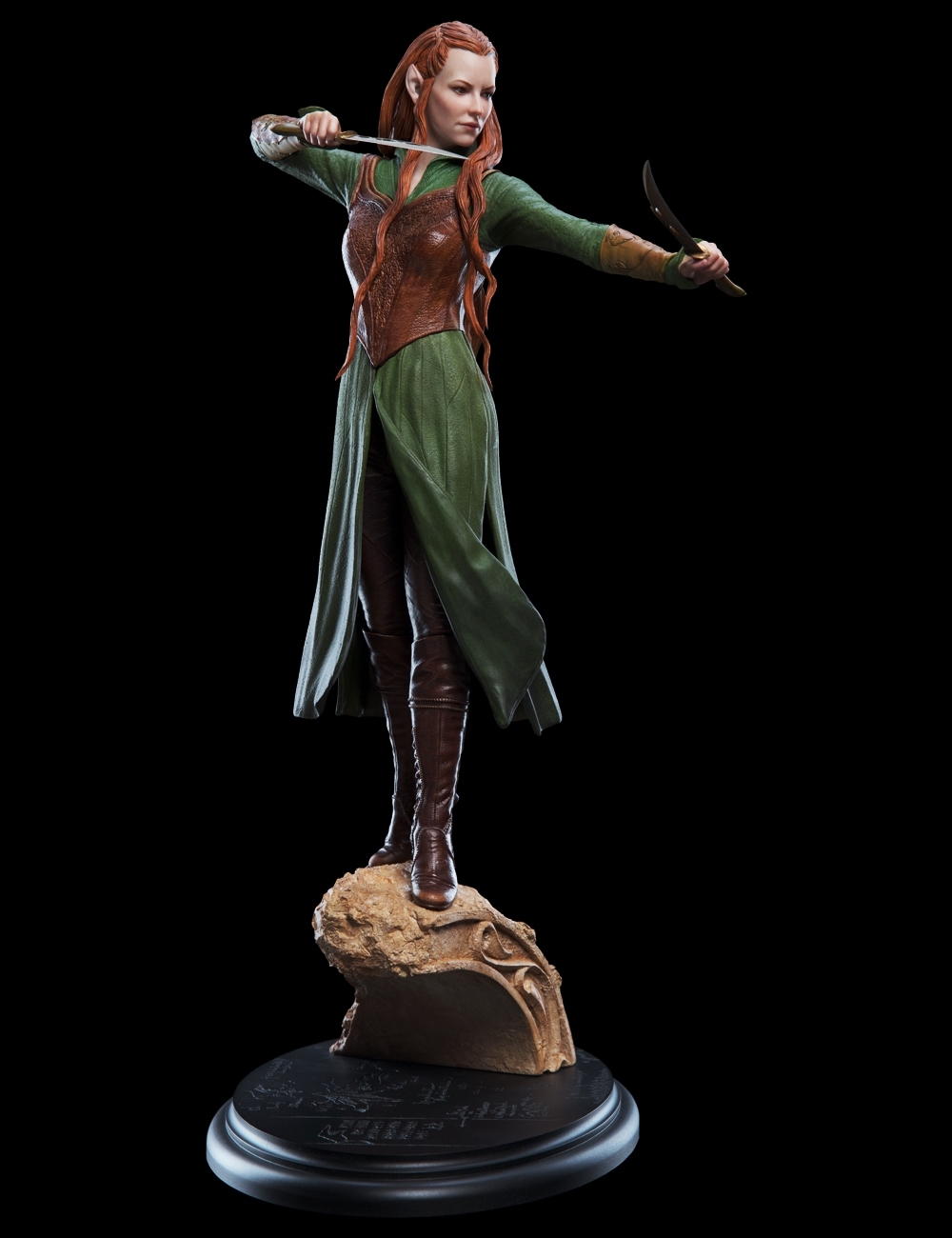 Captain of the King’s guards, Tauriel was a Silvan Elf of the Woodland Realm. Though considered young among her kind, with but a few centuries of experience, Tauriel was spirited and bright. Her prowess as a warrior saw her lead hunting parties into the glowering dark of Mirkwood to burn out infestations of spiders and other foul things that now haunted the once fair forest.

Tauriel’s perception of character was as sharp as her eyes, and when she and her hunters apprehended the Company of Thorin straying in the blackened woods, she was quick to see in young Dwarf Kili a kindred soul that transcended the enmity of their races. Despite the hostility with which her king treated the Dwarf captives, Tauriel looked favourably upon Kili, eventually defying orders to follow her own heart and track him when the Dwarves escaped Thranduil’s dungeons.

CREATING TAURIEL OF THE WOODLAND REALM

As a character who was specifically created for The Hobbit motion picture trilogy, Tauriel presented a unique challenge to Weta Workshop’s Design Studio. Designers sought to strike a balance between fierce huntress and feminine Elf through weapons and costume. Weta Workshop designer Paul Tobin matched Tauriel’s fighting strength to that of Legolas with a signature set of daggers.

For wardrobe, costume designer Lesley Burkes Harding created a sense of continuity with Arwen’s riding outfit in The Lord of the Rings. Rather than Elven silks beneath the travelling cloak, Tauriel wore a deerskin jacket and leather cuirass befitting the Captain of Thranduil’s Guard. The leather armour was constructed by Weta Workshop’s Cathy ‘Tree’ Harris, with leaf detailing by Kelly Marie and Daniel Falconer.

Capturing all this fine detail, from dual daggers to decorated armour, was sculptor Gary Hunt – no stranger to Middle-earth, having worked on both The Lord of the Rings and The Hobbit trilogies. Using the original screen-used daggers and costume as reference, Gary worked digitally in Zbrush to bring Tauriel to life.

FEATURES OF TAURIEL OF THE WOODLAND REALM

Tauriel’s daggers have a thorn-like shape and could be used with a reverse grip, which I thought might suggest an interesting fighting style that would differ from and complement Legolas’s dual dagger.

Please note: images are of a pre-production prototype. Each statue is painted by hand and slight variations will occur.

It takes 400-500 hours to design, sculpt, model make, mold, and paint the prototype for each new Middle-earth piece. Whether it be a prop replica, beautiful environment or iconic character, we treat our collectibles with the same level of care and attention to detail that we bring to our film work.