The store will not work correctly in the case when cookies are disabled.
SOLD OUT
SKU
620102996
6  Reviews Add Your Review
Wētā Workshop is excited to dive into the world of Thra and create premium collectibles for the prequel series, The Dark Crystal: Age of Resistance, which tells a new story, set many years before the events of the 1982 movie. When three Gelfling uncover t
OFFICIAL MERCHANDISE. The Dark Crystal is a licensed trademark of The Jim Henson Company, used with permission. The Dark Crystal: Age of Resistance © 2019 Netflix, Inc. © 1982, 2019 The Jim Henson Company. JIM HENSON’s mark & logo, THE DARK CRYSTAL mark & 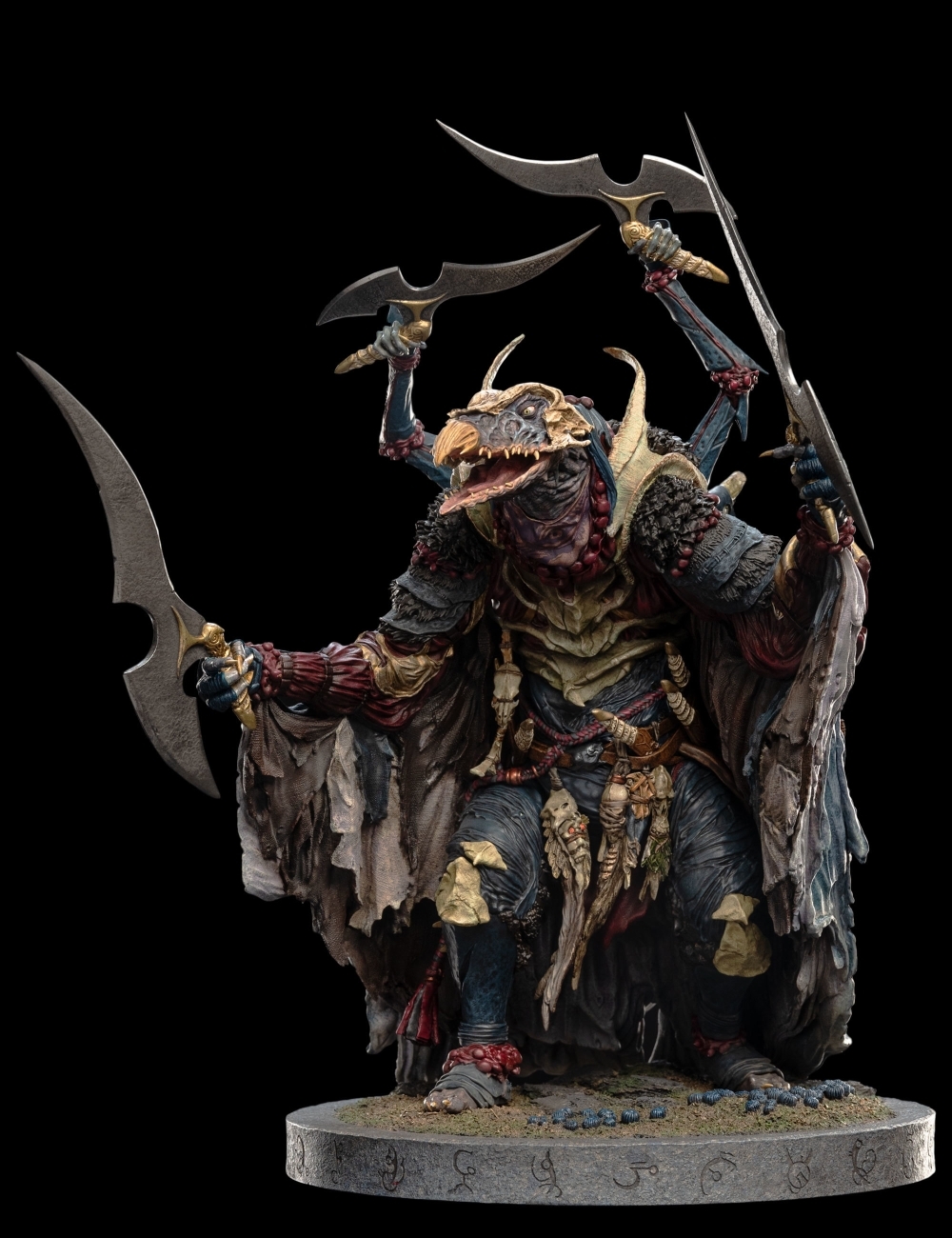 No more dangerous creature in Thra existed than the hunter, skekMal. Feared by even his own kind, he came seldom to the Castle of the Crystal where the Skeksis ruled. skekMal sought a life prowling beneath open skies rather than rot with his kind in the darkening palace.

His was the way of restless pursuit; he stalked the trackless depths of the Endless Forest and other wilds with a relentless, predatory zeal. Once marked as prey, none evaded the keen senses of the Hunter, who took grizzly trophies from his victims to adorn and armour his towering frame. While the other Skeksis withered, the Hunter was strong and fast, sustained by his ravenous appetite for pursuit and conquest.

SkekMal’s counterpart was the urRu, urVa, the Archer, who alone could stand against him. As skilled as the archer was with his bow, skekMal’s weapons of choice were cruel, curving blades wielded in each of his four claws.

Contracted by skekSil, skekMal’s last hunt saw him chase down the fugitive Gelfling Rian, who had until then eluded the Chamberlain’s grasp and seen him fall from the Emperor’s grace. It was a perilous bargain skekSil made at great need, for the Hunter suffered no treachery and would take his perceived due no matter what, be it from Gelfling or sly and oily customer.

The three different sized circular bases across our 1:6 scale Dark Crystal range represent the Three Suns in the skies of Thra; the dying sun, rose sun, and great sun. Familiar iconography from the floor of the Crystal Chamber are featured around the outside. Spy the symbols of the UrSkek, which have since been appropriated as signs of discord and Skeksis aggression.