The store will not work correctly in the case when cookies are disabled.
SOLD OUT
SKU
710500004
14  Reviews Add Your Review

Concealable Ray Pistol
Skip to the end of the images gallery 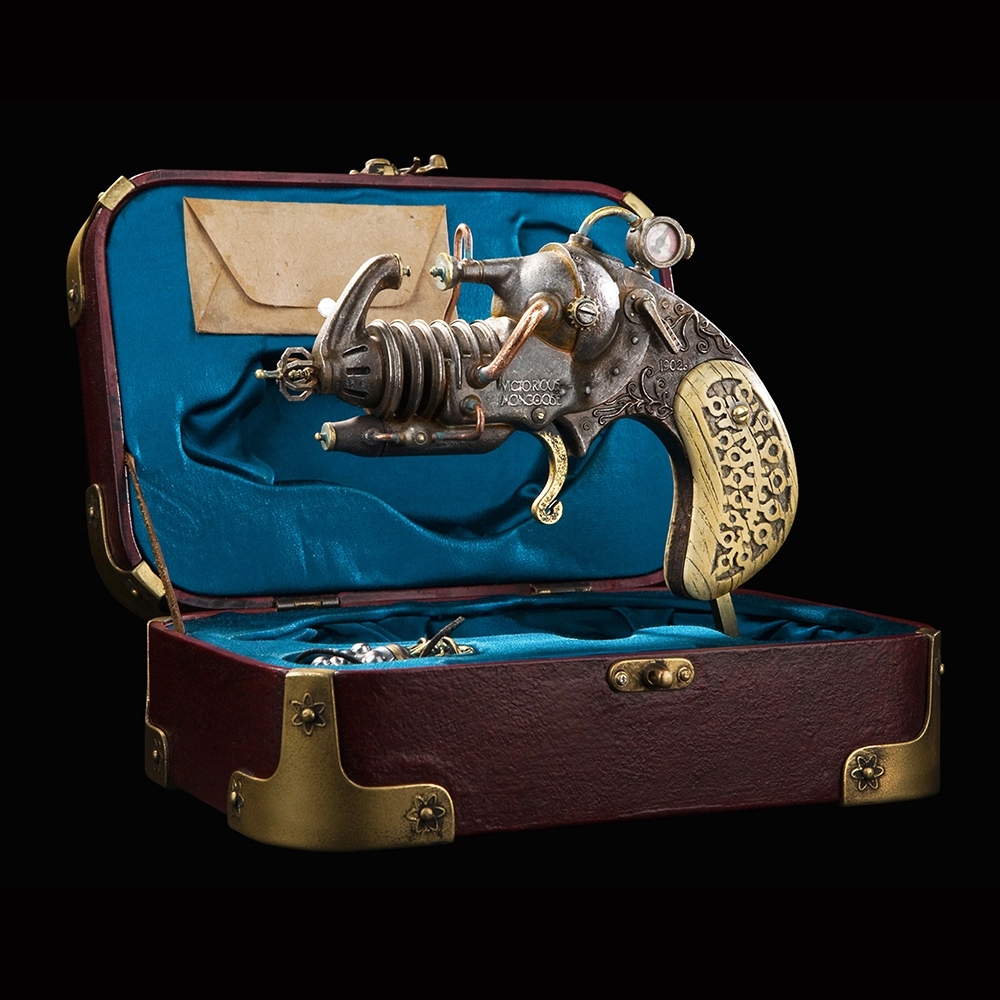 Augmenting security with discretion, the Victorious Mongoose has been purposely produced at just over half the size of the earlier wave weapons, while still packing the punch of its big-boned counterparts.

Snugly nestled in an unbearably dashing leather-embossed and satin-lined case, the world's first concealable ray pistol is at last upon us in complete and flawless glory.

Our much cherished pocket-size atomiser - the world's first concealable ray pistol and the fourth in Doctor Grordbrort's line of infallible aether oscillators - is now available for your fine and capable hands to clasp and fondle. With an edition size of a mere 400, this punchy little nipper is flying off the shelves like a cash-eating flying fish attacking your wallet - and those of you who have had the privilege of such a rare encounter will know what curious jollies are to be had there. You know who you are.

The Victorious Mongoose is very nice and while it may seem intended for the "mysterious sex," it is not in the least bit unmanly. Besides, miscreants will be too busy melting or running to notice and it's nice for those occasions - formal dinners or visits to dens of iniquity - when it would be so gauche to carry one of the larger weapons.