The store will not work correctly in the case when cookies are disabled.
$9,999.99
excludes applicable taxes
Already in Wish List Add to Wish List
SOLD OUT
SKU
863103567
Be the first to review this product

THE SWORD OF ÉOWYN™ 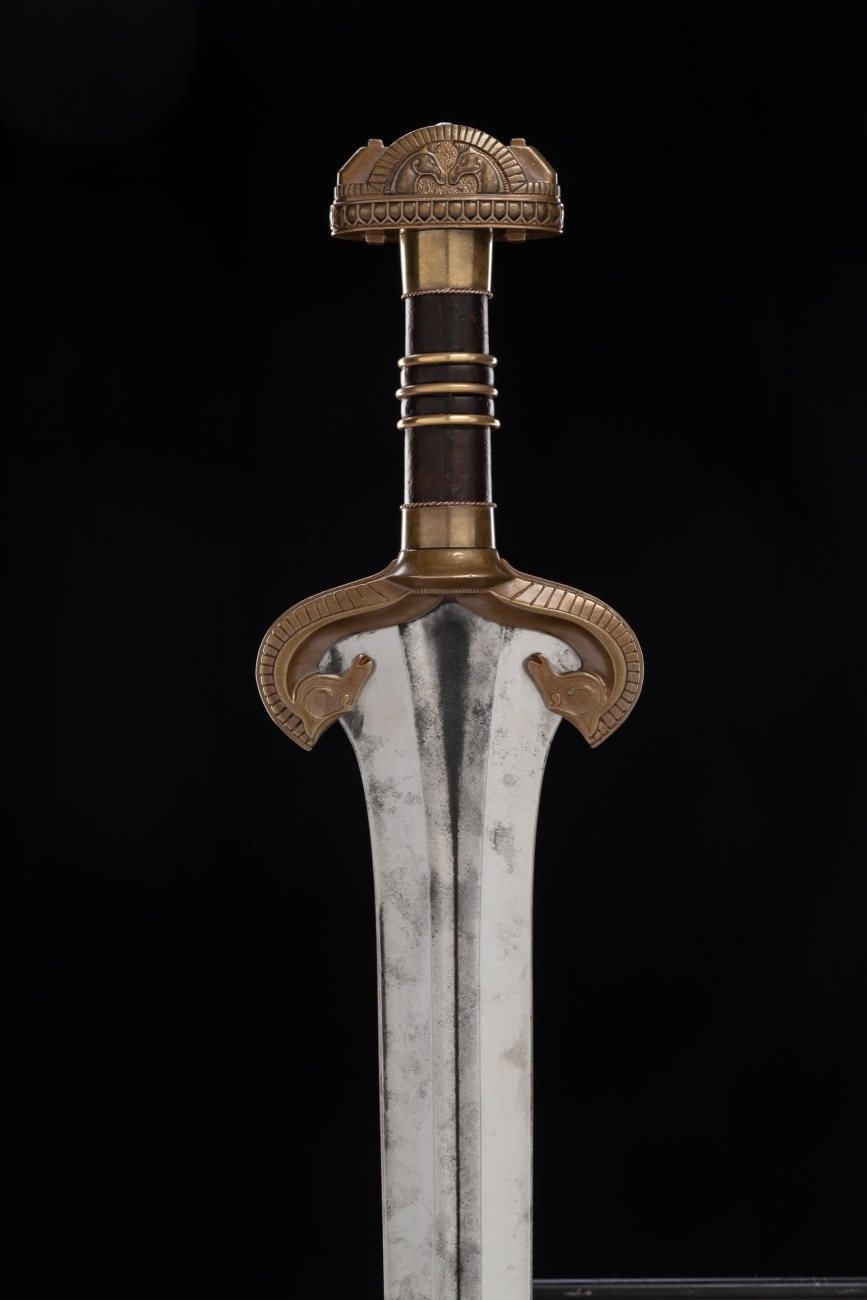 While her brother Éomer was Chief Marshal of the Riddermark, the Lady Éowyn held no formal position within her kingdom’s military. Even so, the Lady of Rohan trained with both sword and shield and was as courageous as any man in her uncle’s service.

When the armies of the West went to war at Minas Tirith Éowyn would not be restrained. Donning helm and hauberk, she rode to battle disguised among their ranks as a man, her sword girded at her side.

Own a piece of fantasy art of the highest calibre with the Sword of Éowyn.

Éowyn’s sword was designed by Warren Mahy and made at Weta Workshop in New Zealand for The Lord of the Rings film trilogy by Master Swordsmith Peter Lyon, with leatherwork crafted by expert costume technician, Darin Gordine. It has been recreated by these same artists in collectible form.

With cast bronze furnishing and a crossguard fashioned in the likeness of horses, the sword is unmistakably one from the Rohirrim. Each of the races within Tolkien’s story, as seen on screen, were designed to have their own unique aesthetic, intended to keep them distinct from one another in the eyes of the audience. Decorative elements in the armour and weaponry of the Rohirrim army were inspired by Celtic artefacts and bear signature forms derived from real world La Tène art, combined with sun and horse iconography particular to Rohan.

Éowyn’s sword is short, with a broad blade and single wide fuller, befitting someone of smaller stature. Yet it also suggests the Lady of Rohan was surprisingly strong for her size.

The blade is made from tempered spring steel, ground into a point that was destined to fell the darkness before her. The crossguard and pommel are made from solid bronze with a reddish hue that mellows towards gold as it ages. The wooden grip is covered with leather and decorated intricately with three bronze rings.

This sword is the absolute epitome of craftsmanship.

A sword should be pleasing from all angles and not look overly heavy, nor spindly, anywhere. It’s one of those things that an artist can appraise and know they have it right, based on experience.

PLEASE NOTE: Minor variations to weights, measurements and balance point will occur as this is a handmade sword.

Every sword is carefully packed in a beautiful wooden display case for the safest possible delivery.

A Certificate of Authenticity signed by Richard Taylor and Peter Lyon will also be enclosed.