The store will not work correctly in the case when cookies are disabled.
SOLD OUT
SKU
873901470
16  Reviews Add Your Review
From New Line Cinema, Peter Jackson and Warner Bros. comes J.R.R. Tolkien’s The Hobbit, brought to the big screen in an epic trilogy. Weta Workshop was thrilled to return to Middle-earth once again, contributing design, specialty props and specialty costu 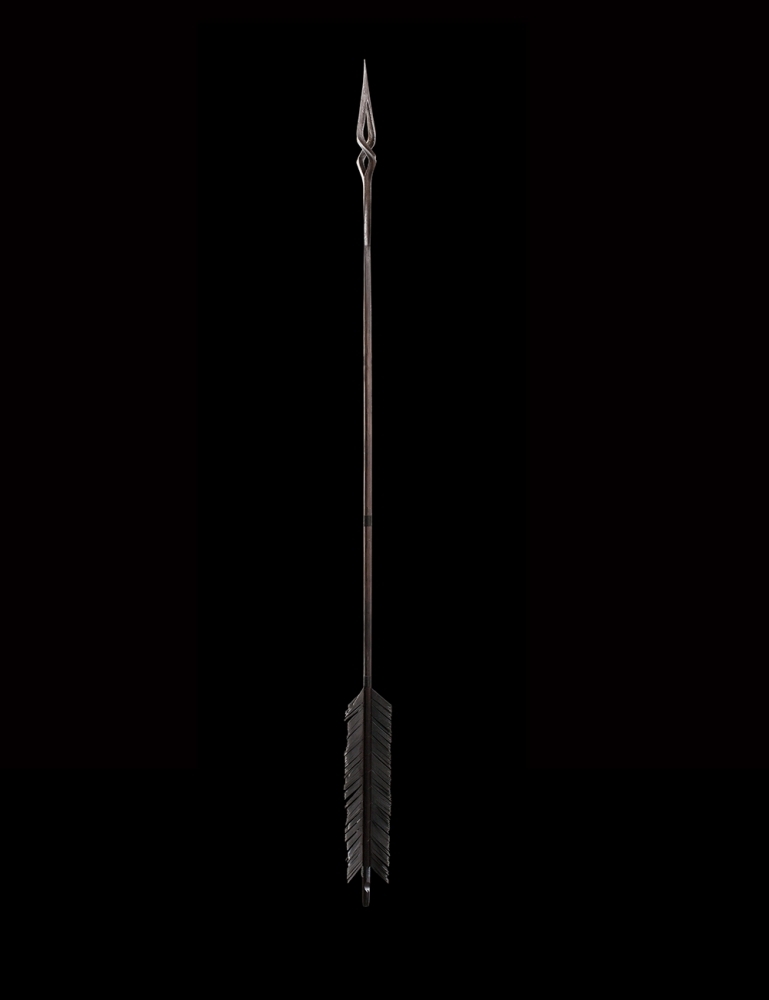 In happier days, when the peoples of Dale and Erebor enjoyed prosperity and peace, the defences of the city of Dale were manned, but few believed they would ever be needed.

When the Dragon Smaug fell upon Dale, its people were ill prepared and many perished amid the flame and ruin of the beast's first assault. Only one of the city's wind lances would loose its black iron bolts at the Dragon.

Guided by the sharp eyes and brave hands of Girion, Lord of Dale, long black arrows, each as tall as a man, flew at Smaug. Most would glance harmlessly off the Wyrm's armoured hide, but one alone struck true, finding its mark and knocking loose a single scale from the Dragon's underside to expose a tiny patch of unprotected flesh near his heart.

Vulnerable as the Dragon now was, Girion would never have his final shot. Dale was destroyed and Smaug proceeded to sack the Dwarf city of Erebor, leaving the last of the wind lances and its remaining black arrow standing, an impotent monument to their defeat.

Hanging as an heirloom in the home of Bard, a humble ferryman in Lake-town and descendant of Girion, it would be generations before a black arrow would fly again...

This 1:1 Scale Black Arrow prop replica is made from metal reinforced fibreglass with a urethane head and vinyl fletching and comes with two urethane hooks for horizontal display, pride of place, on your wall.

We have chosen to present our collector's edition of Hobbit weapons in the same material used for the making of the film props, to exactly replicate the techniques and artistry used in the films.

Please note: images are of pre-production prototype. Each set is painted by hand and variations will occur.

The Black Arrow is a limited edition of 2,000 and includes a certificate of authenticity.

Weta Workshop’s authentic prop replicas are designed by the very same artists and technicians who work on our movies, using the same techniques and materials. We treat our prop replicas with the same level of care, quality and attention to detail that we bring to our film work.