The store will not work correctly in the case when cookies are disabled.
$99.00
excludes applicable taxes
Already in Wish List Add to Wish List
Pre-order now from our US, EU & NZ warehouses for estimated delivery in 2nd Quarter 2023.

Please note a non-refundable 25% deposit is required at the time of order.
In stock
SKU
860404152
Be the first to review this product

1:4 scale helm – Limited Edition of 750
New
Skip to the end of the images gallery 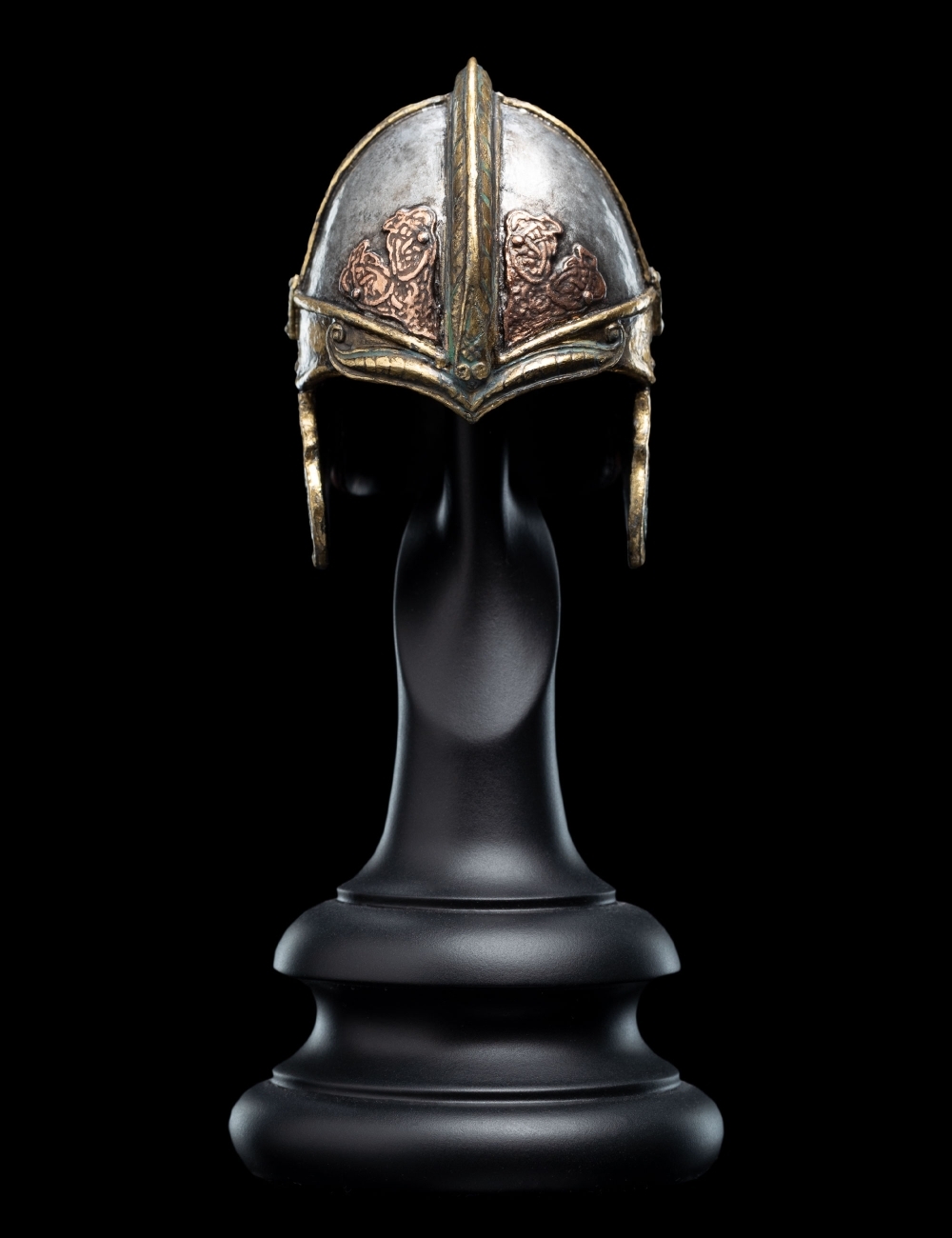 Among the threads of story that almost made it to the screen was a version of the screenplay of The Lord of the Rings: the Two Towers in which Arwen of Rivendell fought at the battle of Helm’s Deep. Costumes were made and props built, including a helm of exquisite design, which the Elven maiden would have found in the armouries of Rohan.

The daughter of the Elf Lord Elrond, Arwen had betrothed herself to Aragorn, a mortal man raised in her father’s home of Rivendell. Arwen’s love for Aragorn ran counter to Elrond’s hopes she would take ship and leave Middle-earth with the rest of her kin to sail into the West.

There she would live for eternity with her family. By choosing to stand with Aragorn and remain in the world of men, Arwen surrendered her infinite Elven grace, becoming mortal, like him; forever sundered from her father and everlasting kin beyond death.

The film adaptations of JRR Tolkien’s beloved books went through many changes in the multi-year journey from the page to the screen. One of the story threads that underwent changes throughout production was the role of Arwen. In one version of the script Arwen fought at the Battle of Helm’s Deep. This storyline persisted long enough into production that costumes and props were made, but ultimately the screenplay was rewritten to align more closely with Arwen’s storyline in the books.

Our authentic prop replicas and collectibles are designed by the very same artists who have worked on the films, coming straight from Middle-earth.

Each 1:4 scale Helm is made from polystone and comes in an edition of just 750.