The store will not work correctly in the case when cookies are disabled.
SOLD OUT
SKU
870402588
2  Reviews Add Your Review

1:4 scale helm - Limited Edition of 750
Skip to the end of the images gallery 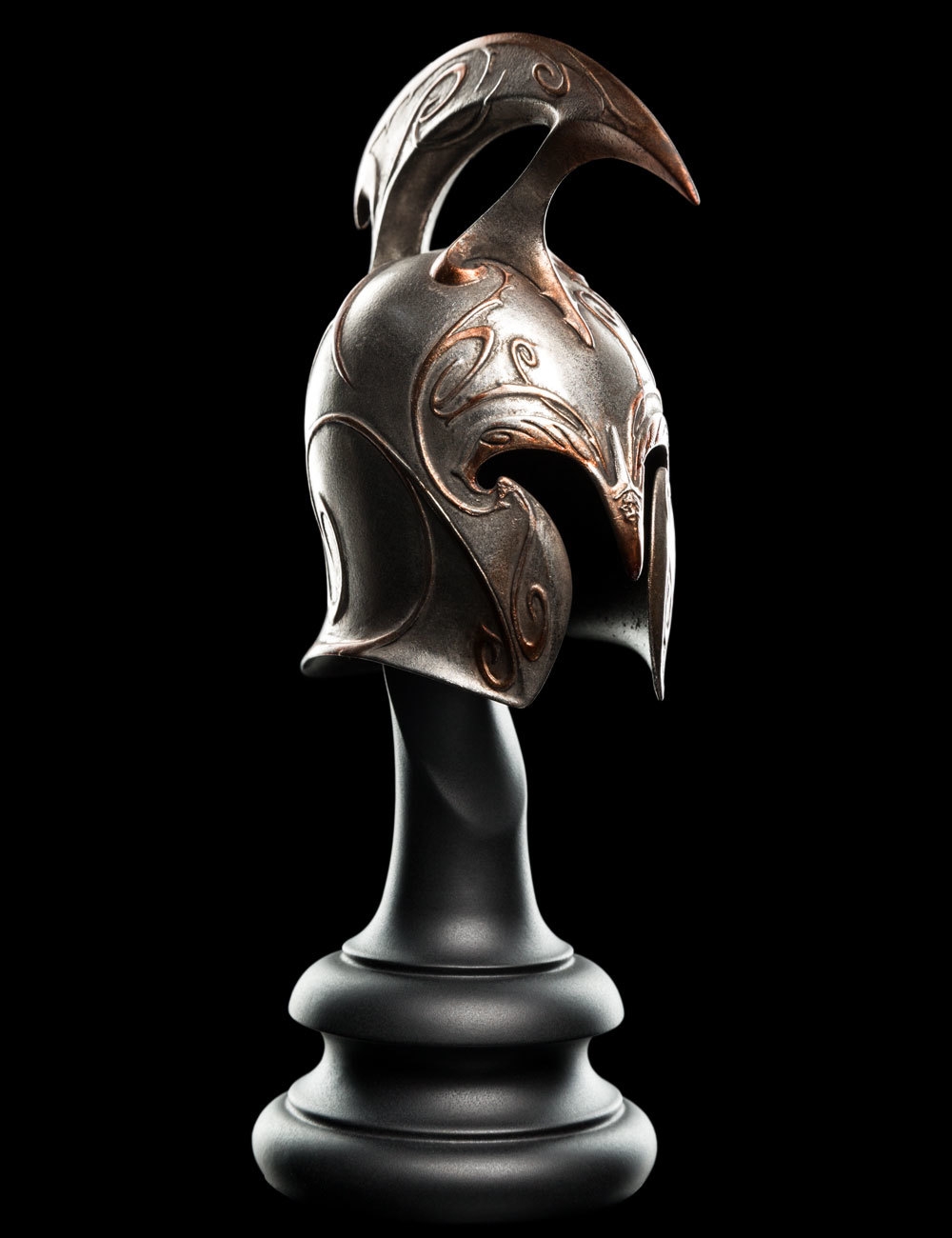 Though his home was a sanctuary dedicated to the dream of peace and the sharing of knowledge, Lord Elrond nevertheless garrisoned the Elf haven of Rivendell with keen warriors. Many were the enemies of the free folk of Middle-earth.

Built into a hidden valley and warded with Elvish magic, Rivendell sat nonetheless upon the doorstep of the Misty Mountains, near Troll-infested wilderness and beneath the shadow on Angmar in the north.

Immortal beings, Elves had countless years to devote to the mastery of lore, craft, or swordplay. Though Elrond’s men at arms stood like serene sentinels at the entrances to the Last Homely House, they were swift-limbed and deadly soldiers, sometimes ranging the borders of the realm with their lord on horseback.

Long cloaks and shining armour they had, with tall, crested helms fashioned after those worn by the Elven King Gil-galad’s army of the Second Age. Delicate floral patterns wove themselves around the bowl of the helm and up to meet on the bladed crest, while upon the nose guard they bore the sigil of Lord Elrond, a dome of stars.

BACK BY POPULAR DEMAND

Weta Workshop is proud to announce the return of its Helm series.  Each 1:4 scale Helm is made from polystone and comes in an edition of just 750.

Model-maker Leonard Ellis, one of the artists behind our beloved Hobbit Hole series, has distilled this star-adorned Helm into a 1:4 scale version. Essential for collectors of fine things (and those with Elvish blood running through their veins).

The original prototype Second Age Elf helmet still existed in Weta Workshop's archives and was used to cast out a master for the new trilogy. In almost every way it was the same as the Second Age version, but for colour and the substitution of a new nose guard featuring the crest of Lord Elrond.

Weta Workshop’s high-quality Middle-earth collectibles are designed by the very same artists and technicians who work on our film projects. It takes 400-500 hours to design, sculpt, model make, mold, and paint the prototype for each new piece. Whether it be a prop replica, beautiful environment or iconic character, we treat our collectibles with the same level of care and attention to detail that we bring to our film work.