The store will not work correctly in the case when cookies are disabled.
SOLD OUT
SKU
860402585
4  Reviews Add Your Review
Winner of seventeen Academy Awards, The Lord of the Rings was brought to the big screen by New Line Cinema and directed by Peter Jackson. Weta Workshop was intrinsically involved in the design and physical effects manufacture for all three films.

1:4 scale helm - Limited Edition of 750
Skip to the end of the images gallery 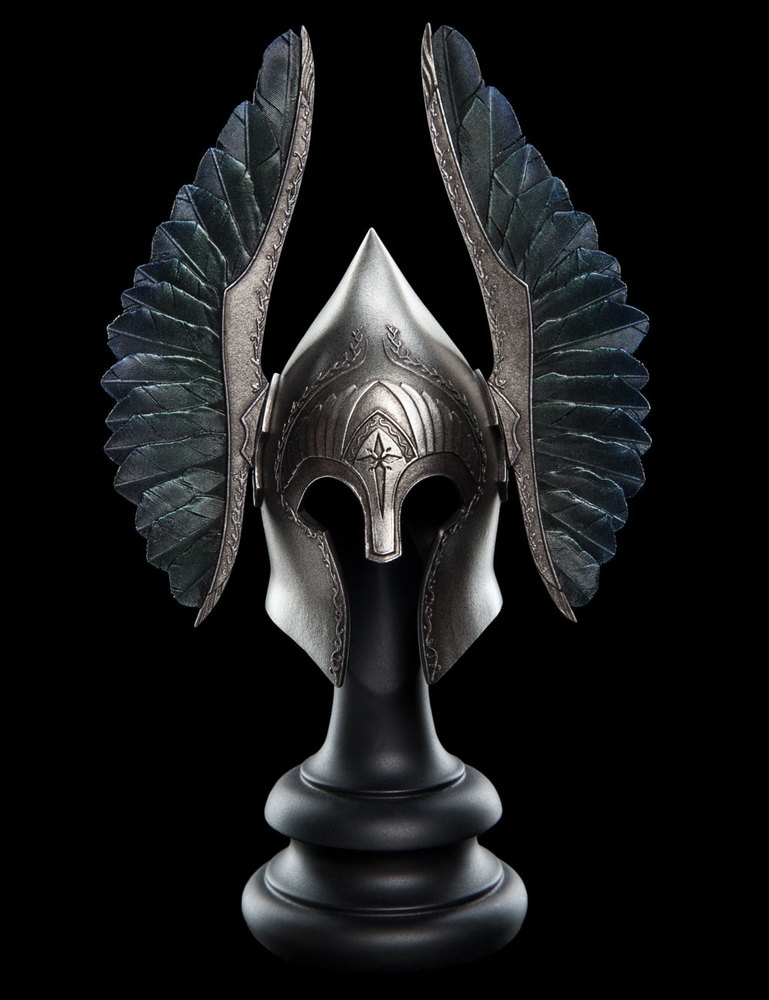 For generations the realm of Gondor had been kingless, but at the end of the Third Age an heir would return to claim the empty throne. Elessar they would name him, the bright hope of his people, though his friends knew him as Aragorn, or called him simply Strider.

With the return of Isildur’s heir at this time of great need, the ancient vaults of Minas Tirith were cast open and imperial livery that had long lain folded beneath layers of dust was brought forth to fly again from the city’s masts.

A dedicated guard would be formed from ranks of Minas Tirith’s finest, cloaked in the king’s black with embroidered silver stars, white tree and golden crown. Upon their heads they would wear tall helms of silver, with raven feathers framing their cheeks.

Helmets for the King’s Guard were designed and made for The Return of the King at Weta Workshop, but ultimately didn’t make it into the final cut of the film. It could be assumed that these striking specialized variants of the Minas Tirith Court of the Fountain Guards might nonetheless stand vigil somewhere just out of frame.

Back by popular demand, Weta Workshop is proud to announce the return of its Helm series.  Each 1:4 scale Helm is made from polystone and comes in an edition of just 750.

Weta Workshop’s high-quality Middle-earth collectibles are designed by the very same artists and technicians who work on our film projects. It takes 400-500 hours to design, sculpt, model make, mold, and paint the prototype for each new piece. Whether it be a prop replica, beautiful environment or iconic character, we treat our collectibles with the same level of care and attention to detail that we bring to our film work.