The store will not work correctly in the case when cookies are disabled.
Special Price $2.99 Regular Price $19.99
excludes applicable taxes
Already in Wish List Add to Wish List
Shipping worldwide from New Zealand
In stock
SKU
863002768
2  Reviews Add Your Review
Winner of seventeen Academy Awards, The Lord of the Rings was brought to the big screen by New Line Cinema and directed by Peter Jackson. Weta Workshop was intrinsically involved in the design and physical effects manufacture for all three films.

Silver-plated brass
Skip to the end of the images gallery 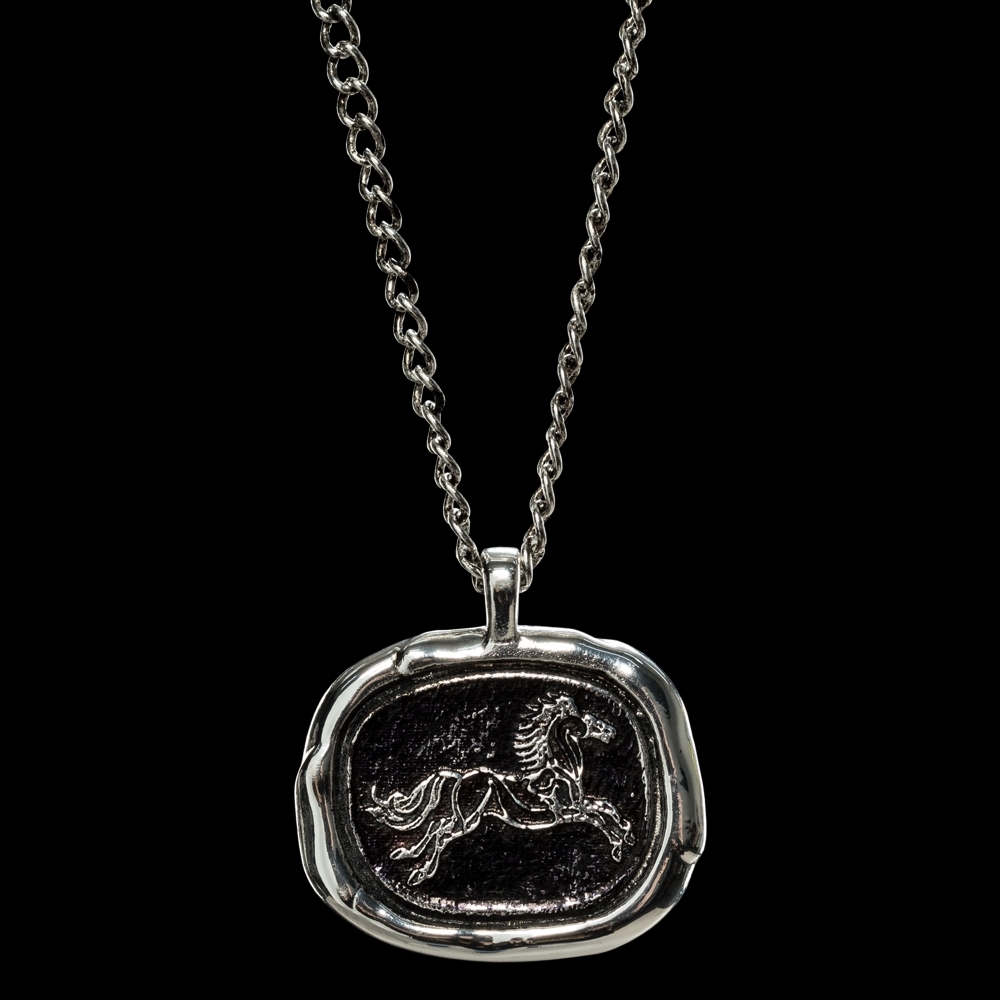 To the west of Gondor lies the land of Rohan, home of the Horselords. Known as the Rohirrim, the leaping stallion represents these greatest allies of Gondor.

Having fallen under the corrupting influence of the Dark Lord Sauron, the Wizard Saruman sends forth a great army of iron-clad Uruk-hai to wipe out the nation of Rohan. King Théoden leads his people to seek shelter within the fortress of Helm’s Deep, but he is unprepared for the sheer size of the Saruman’s legions.

In their darkest hour, Aragorn distinguishes himself as the great leader of men he is destined to become. He inspires the men at his side to mount one final stand and convinces Théoden to lead the charge of his cavalry not for death and glory. But for the city and his people.

The stallion of Rohirrim is stamped into the silver-plated brass pendant, and bears words spoken at the Battle of Helm’s Deep:

For death and glory. For Rohan!

The Lord of the Rings: The Two Towers

In 2008 Allison Hourcade fused her love of historical eras and silversmithing to develop RockLove, making it her full-time passion and career. These pieces have been designed in New York City by RockLove in collaboration with Weta Workshop.