The store will not work correctly in the case when cookies are disabled.
SOLD OUT.

The edition size was set at 1,087 based on the number of pre-orders placed over a 4 week period from 12 September 2022 to 10 October 2022.
Like all of our limited edition products, this item will no longer be reproduced.

Estimated delivery in 2nd Quarter 2023.
In stock
SKU
860103824
Be the first to review this product
The Lord of the Rings trilogy won seventeen Academy Awards. Wētā Workshop was intrinsically involved in the design and physical effects manufacture for all three films.

1:6 scale statue – Limited Edition of 1,087
Skip to the end of the images gallery 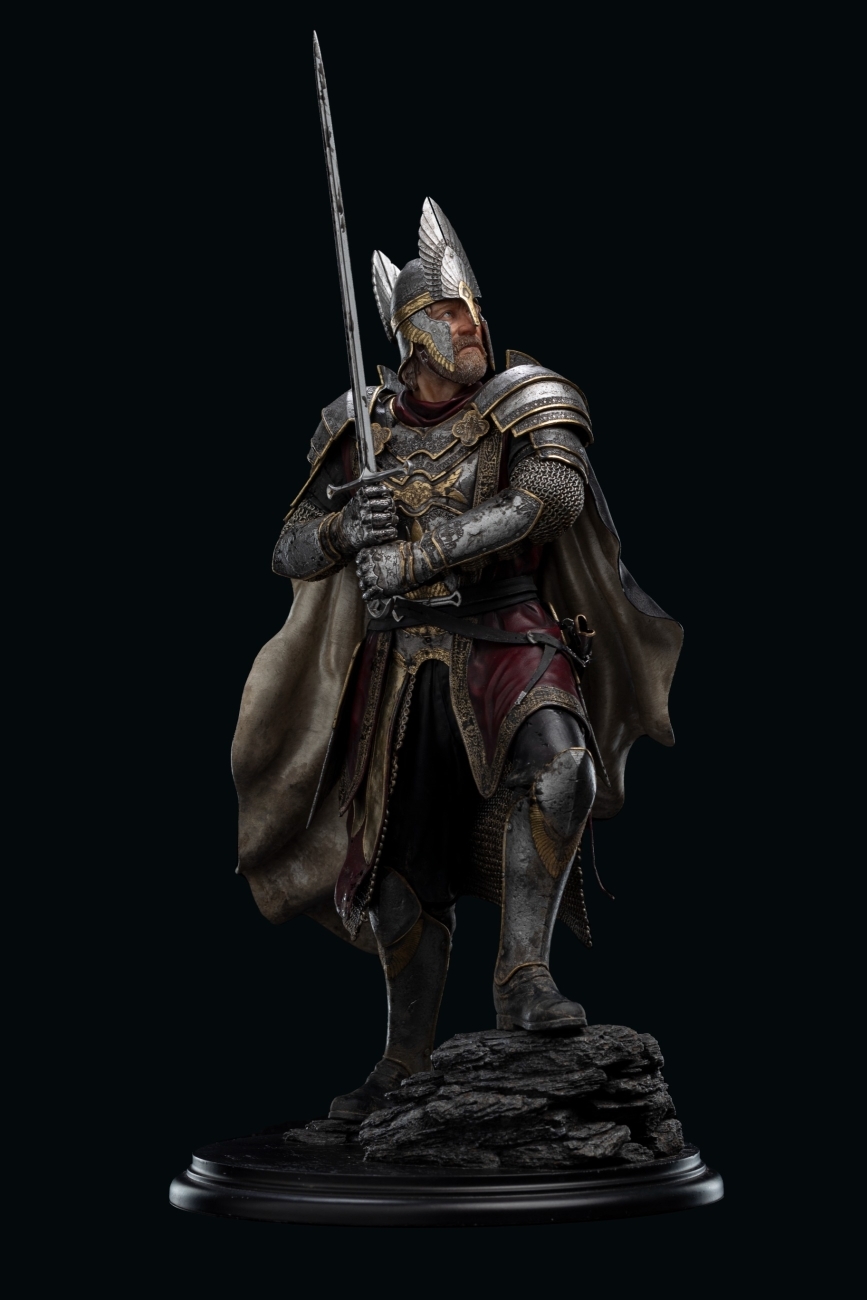 As armies clashed on the slopes of Mount Doom, King Elendil stood against the might of Mordor, his mighty sword Narsil cutting a swathe through the bloody tide of Orcs that hurled themselves at him, crashing and falling away like waves upon a blade of stone.

Yet there was one enemy greater than all others, against whom none could stand. Raising his eyes above the melee, Elendil beheld the Dark Lord Sauron; a great, black-armoured figure, mace in hand, advancing upon him.

So long as the One Ring burned with fiery intensity upon his armoured finger the Lord of the black land was inexorable. No blade could pierce his armour, no shield withstand his strike. Every sweep of his huge, jagged mace sent men flying, and the courage of Elendil’s bravest warriors faltered.

As his men shrank before the advance of this foe, Elendil alone strode forth to raise his blade against the towering black figure. Should the Alliance fall, Middle-earth would be forever lost. The son of Númenor must prevail, lest darkness reign in perpetuity. With teeth gritted, pale eyes glinting with the light of hope, and purpose like polished steel, Elendil swung his great sword Narsil…

I faced numerous difficulties with Elendil's sculpture in terms of details and overall feeling, especially considering that it will coexist with Sauron. Working on Sauron first gave me the assurance that I could accomplish the same for Elendil, and I believe both pieces now demonstrate the incredible work that everyone put into them.

Orders for this piece are open for a strictly limited time, from 2PM 12th September to 2PM 10th October (PDT). The final edition size will be determined by the total number of orders made during this period. No more, no less.