The store will not work correctly in the case when cookies are disabled.
$99.99
excludes applicable taxes
Already in Wish List Add to Wish List
Pre-order now from our US, EU & NZ Warehouses for estimated delivery in the 2nd Quarter 2023.
Please note a non-refundable 25% deposit is required on pre-order.
In stock
SKU
861004174
Be the first to review this product 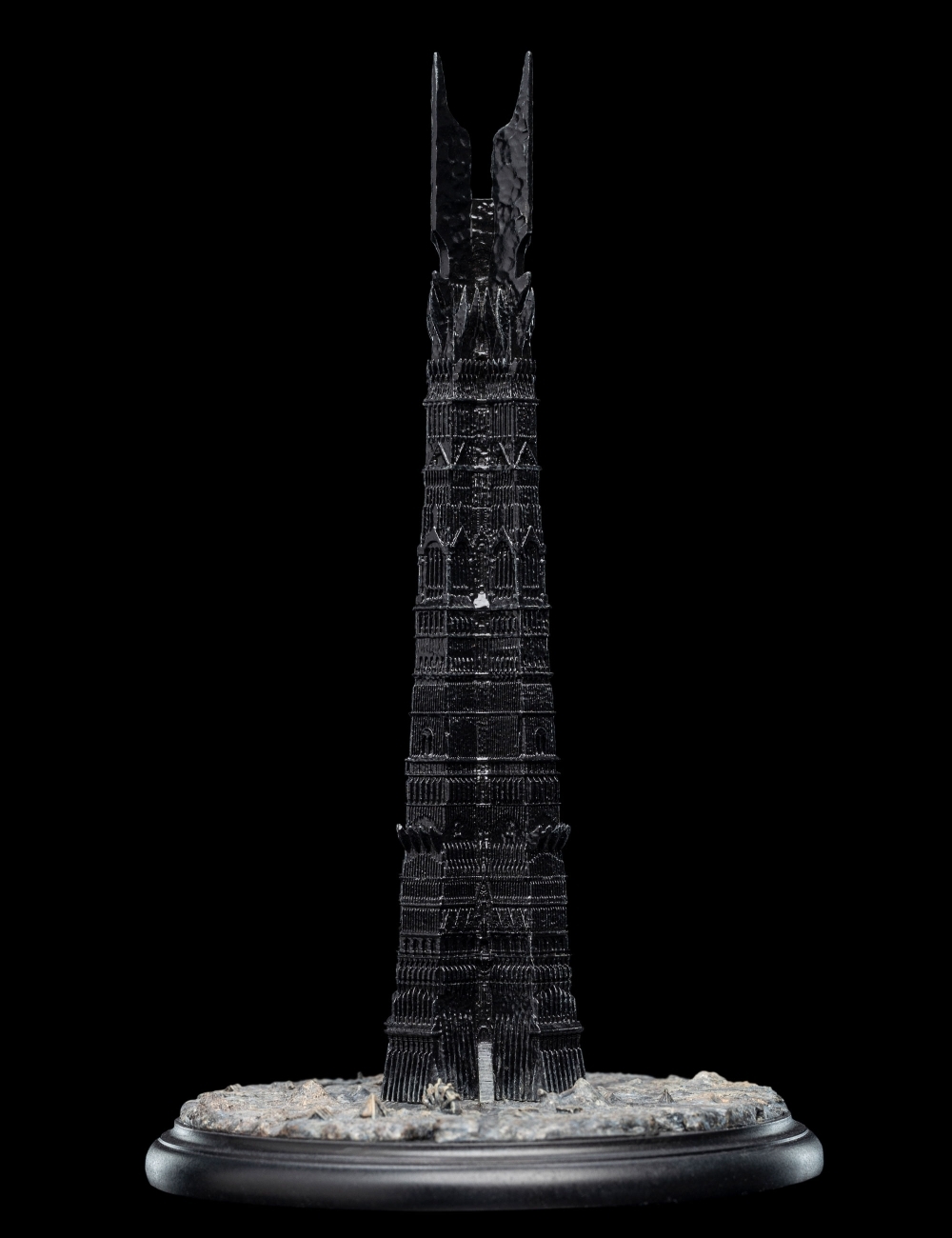 Imposing over the lands like a dark giant; a lone figure of dominating magnitude, striking awe and wonder at both its purpose and construction, stood the inimitable tower: Orthanc.

Standing in the centre of the Ring of Isengard was a great stone tower of polished black. Hewn from a monolith of dark rock centuries ago by the arts long since forgotten, the Tower of Orthanc stood sharp and hard against a field of green trees and soaring snow-capped mountains. In the waning years of the Third Age it was home to the Wizard Saruman, and within its dark chambers he spent his days studying the ways of the enemy, that he might better understand and ultimately defeat him. A Palantír Saruman kept; one of the ancient seeing stones of Númenor. Many long hours the Wizard spent staring into this magical sphere, watching Sauron, believing himself wise and powerful, and resistant to the devices of his foe. Yet in truth Saruman’s own pride and folly led him willingly into Sauron’s trap, for he became enamoured with the Dark Lord’s arts and craved his power.

Through the stone his mind was twisted until he became a vassal of Mordor, and Orthanc, once a place of learning and beauty, was despoiled by Orcs, now a place of dread. Gone were the trees; tinder to feed the fires of industry that burned in pits around the tower, and the plains within the ringed wall were a scorched wasteland of ash where armies drilled and marched in prelude to making war upon those whom Saruman once named friends.

The 20th Anniversary of The Lord of The Rings movies has a special significance to us here at the Workshop, and we are delighted to commemorate the upcoming event with iconic Middle-earth figures. Let the celebrations begin!

A NOTE ON OPEN EDITION COLLECTIBLES

This figure is an Open Edition piece, meaning it is not restricted to a specific number of reproductions. However, this does not guarantee Wētā Workshop will continue to produce the statue in the future. We recommend purchasing your Open Edition statue early to avoid disappointment. Should you miss out, please contact us at support@wetanz.co.nz. Demand will determine if this collectible is reproduced.

Please note: You may see a number on your shipping carton that says "0123/1,000" - this is just the serial number of your piece in its particular production run and does not mean it's a limited edition.