The store will not work correctly in the case when cookies are disabled.
$39.99
excludes applicable taxes
Already in Wish List Add to Wish List
Pre-order now for an estimated delivery of February 2023.

The Hobbit: An Unexpected Journey
Skip to the end of the images gallery 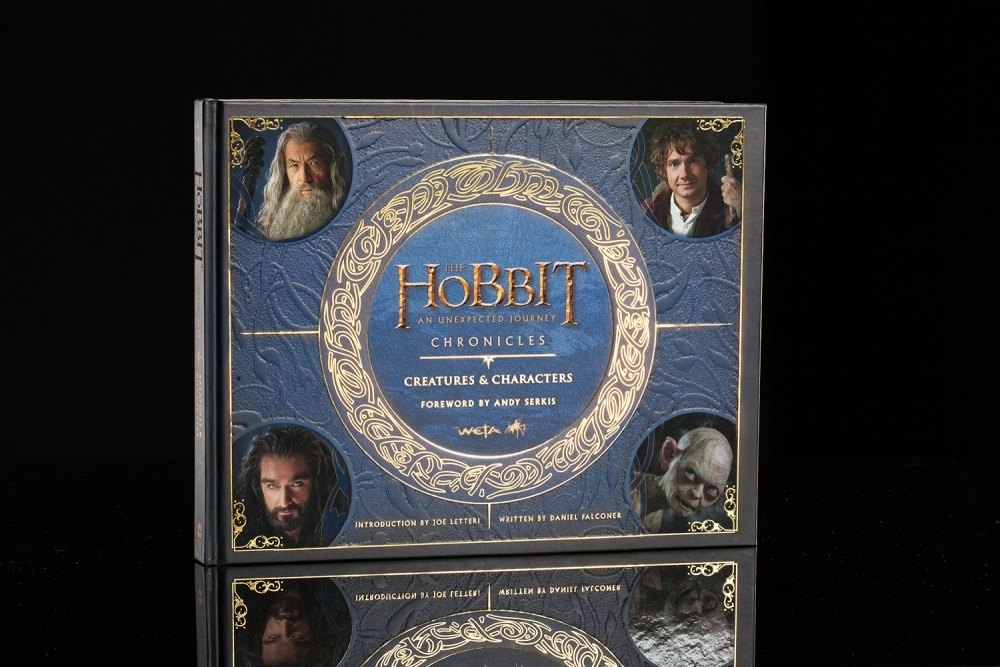 Creatures & Characters explores the amazing cast of heroes and villains, beasts and beings that populate Middle-earth in the first chapter of Peter Jackson's film adaptations of J.R.R. Tolkien's The Hobbit.

Richly illustrated with behind-the-scenes photographs, digital renders and film stills, this comprehensive book goes species by species, character by character, through the film's huge ensemble of characters and bustling menagerie of creatures, both physical and digital, telling the stories of how each came to be realized for the film.

In first-hand quotes from the actors, make-up artists, digital effects artists, dialect coaches, prosthetics technicians, movement coach and many other crew, the stories of the production unfold, processes are described and insights into characters shared.

The Hobbit Chronicles show the incredible attention to detail that goes into everything that is being produced for these films and are a wonderful opportunity to showcase the designs and artistry of so many people within their respective departments.

As a bonus feature, unique to this book, there is a special fold-out Character Size Chart, which compares all the major creatures and characters of the film, from Radagast's hedgehog friend to the towering Stone Giants!

Compiled by Weta Workshop designer Daniel Falconer, and featuring over 200 pages of stunning imagery, this book puts the reader face to face with the Dwarf heroes of The Hobbit: An Unexpected Journey, the dark denizens of Middle-earth, such as Orcs, Goblins, Trolls and Wargs, and of course, the hobbit himself, Bilbo Baggins.

The book is published as an embossed hardcover edition without dustjacket.

All books ship directly from Weta's warehouse in Wellington, New Zealand in a specially commissioned cardboard box sturdy enough to ensure your book will arrive in great condition.

Weta Publishing has sold more than half a million books worldwide. Written and designed in-house, our ‘art of’ titles include The Hobbit Chronicles, The Art of the Adventures of Tintin, The Art of District 9, and more. Each tome is beautifully illustrated with hundreds of behind-the-scenes images and first-hand stories from the cast and crew who worked on the films. The first volume in our Hobbit Chronicles series featured on The New York Times Best Seller List, with more than 250,000 copies printed in six languages.