The store will not work correctly in the case when cookies are disabled.
$79.99
excludes applicable taxes
Already in Wish List Add to Wish List
Shipping worldwide from our NZ warehouse.
In stock
SKU
922802643
5  Reviews Add Your Review 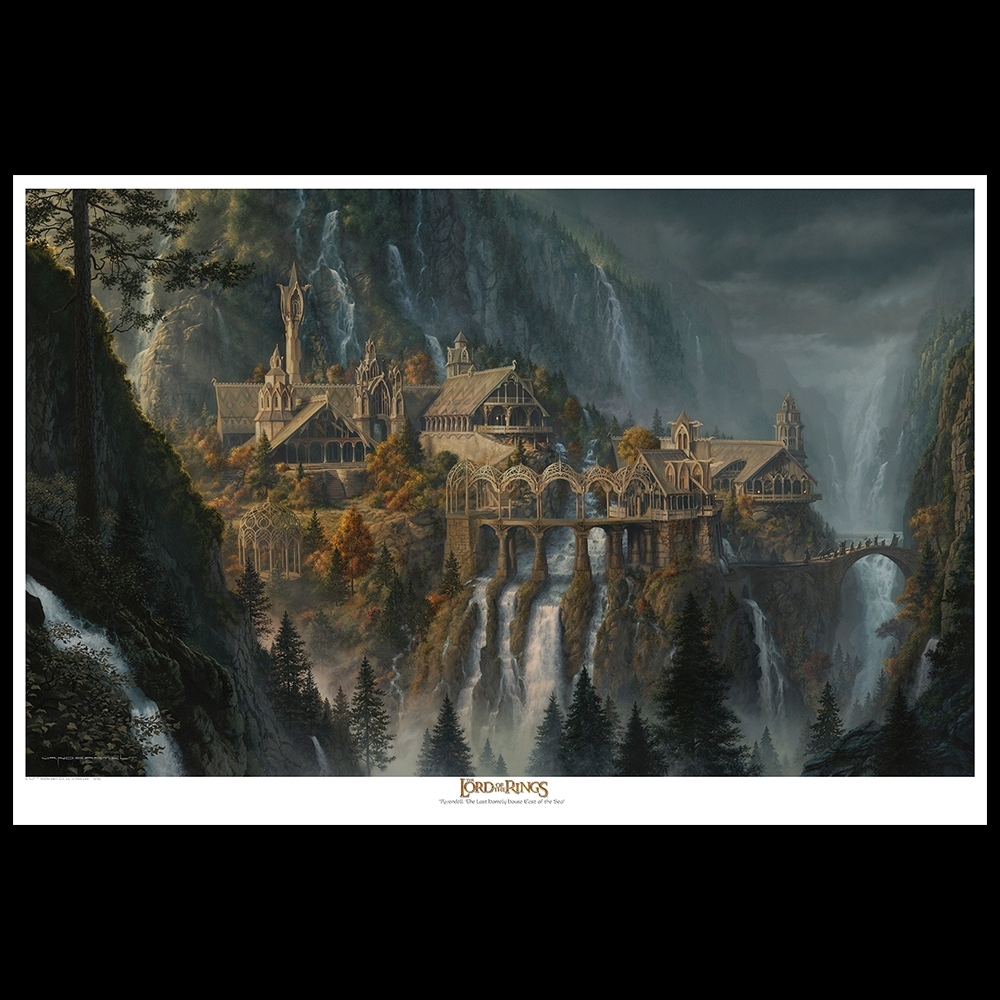 Home to Elrond, Rivendell was founded in the year 1697 of the Second Age by the Elven Lord as a haven amid the growing darkness in the north of Middle-earth.

Imladris, the Last Homely House...the Elven settlement was known by many names, though its paths were shrouded in secrecy and enchantment. Perched among waterfalls in a hidden valley in the foothills of the Misty Mountains, Elrond's home provided a safe haven for Thorin's company during the quest for Erebor and Frodo's party when they sought refuge from Sauron's wraiths. It was at Elrond's council in Rivendell that the Fellowship of the Ring was born and the quest to destroy the One began. Even beyond the end of the Third Age, when the Rings of Power were no more and Elrond had passed over the Sea, Rivendell remained, at least for a time, in the keeping of Elrond's sons Elladan and Elrohir.

Rivendell - The Lord of the Rings giclee print joins a range of gorgeous art prints and lithographs by Jerry Vanderstelt.

Tolkien's world of Middle-earth is a far-reaching story of sweeping landscapes and breathtaking castles set deep in its own detailed and ancient history. Along with its many stories, races and tales of war and honour, the books describe cities and castles equally as rich and detailed as the characters who live within them.

This beautiful PAPER GICLEE is printed using the finest materials available, utilizing archival inks as well as Breathing Color's "Pura Velvet" Fine Art paper. It comes signed and numbered by the artist with a Certificate of Authenticity.

Rivendell comes in a Limited Edition of 2,000.