The store will not work correctly in the case when cookies are disabled.
Special Price $8.99 Regular Price $49.99
excludes applicable taxes
Already in Wish List Add to Wish List
Shipping worldwide from our US, NZ and EU warehouses.
In stock
SKU
325002825
9  Reviews Add Your Review
Weta Workshop is proud to announce MINI EPICS: cool and quirky vinyl figures from the world of film, television, gaming, and beyond! 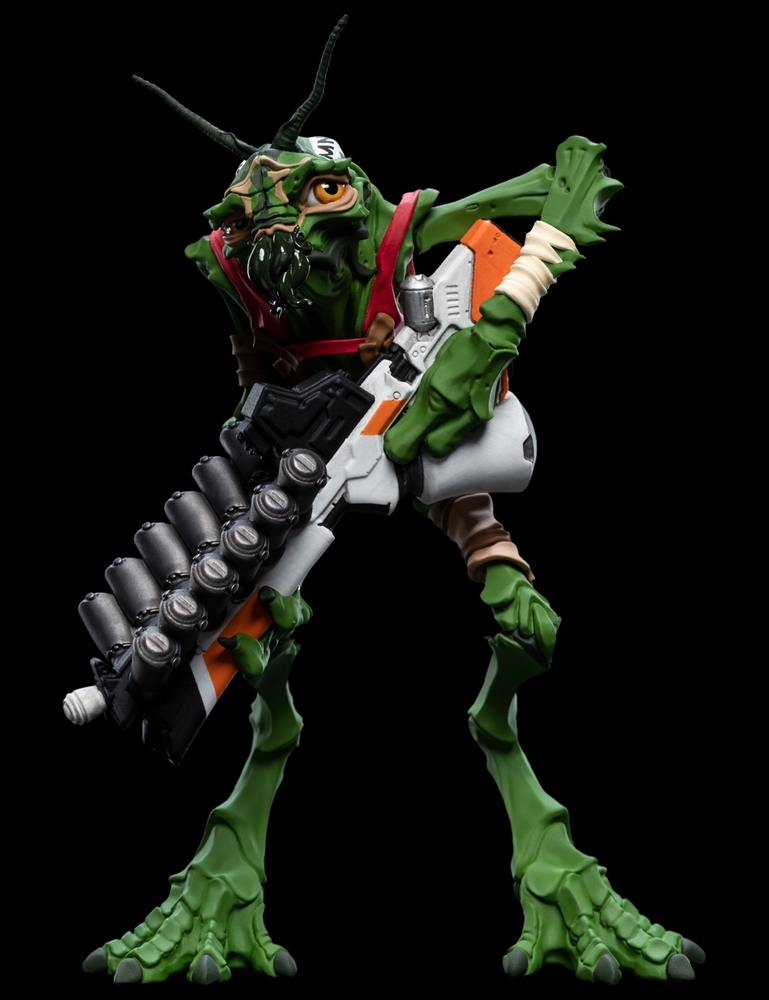 Not your average MNU Prawn Cocktail. Assault rifle in hand, Christopher Johnson’s about to shake things up.

An instant science fiction classic, Neill Blomkamp’s District 9 was one of the most successful movies of 2009. The guns, the aliens, the vehicles, the graphics – the world of District 9 was designed and developed here at Weta Workshop.

Which is why we’ve taken the liberty to reincarnate your favourite non-humans (and human-hybrids – we don’t discriminate) in MINI EPIC form!