The store will not work correctly in the case when cookies are disabled.
SOLD OUT.
The edition size was set at 937 based on the number of pre-orders placed over a 2 week period. Like all of our limited edition products, this item will no longer be reproduced.
Pre-orders are estimated for delivery in 4th Quarter 2023.
In stock
SKU
861004189
Be the first to review this product 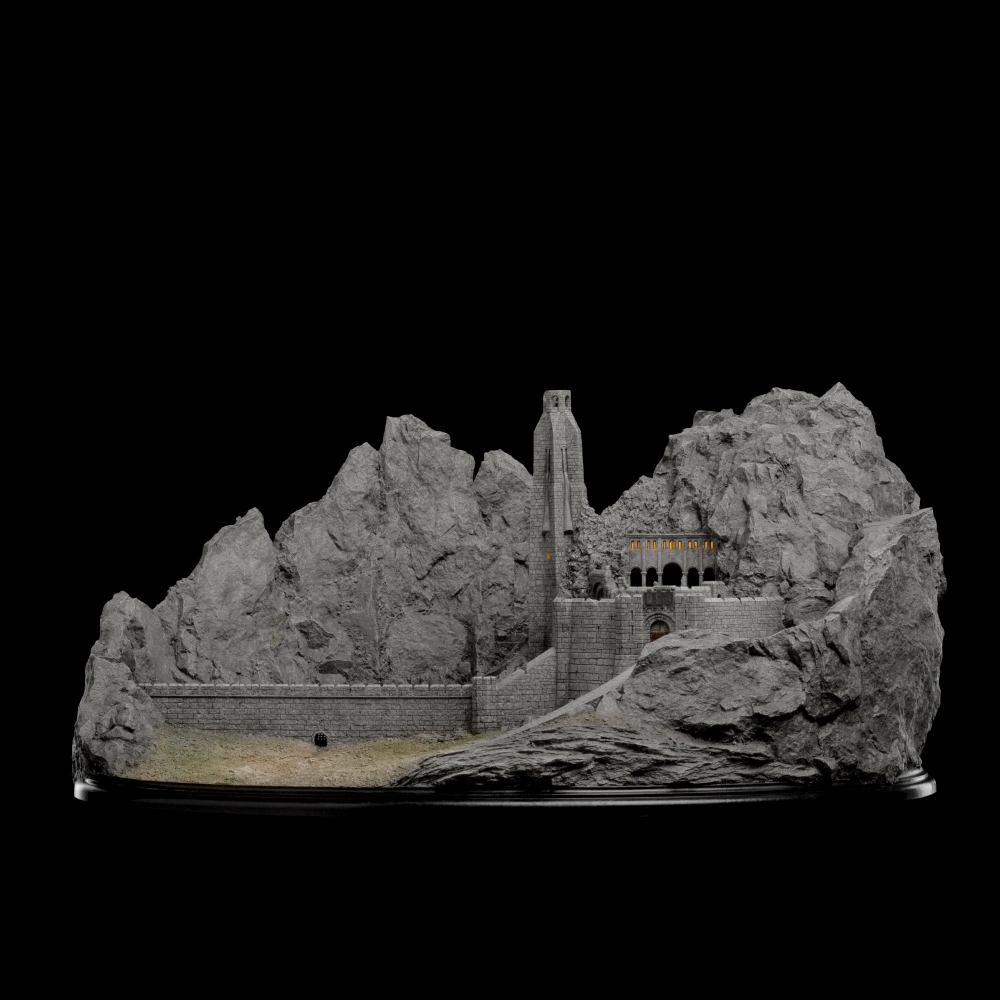 Once a stronghold of Gondor, now a fortress of the kingdom of Rohan, Helm’s Deep was carved into the feet of the White Mountains, below the towering Thrihyrne.

The fortress of Helm’s Deep was named for Helm Hammerhand, past king of Rohan, who brought his people to the keep during the Long Winter. Built to endure, the Deep was nestled in a gorge, flush along the mountainside, and was a place where the people of Rohan could seek refuge for long periods of time, as was Théoden’s plan when he led the Rohirrim there in anticipation of Saruman’s attack. Spanning the valley was the Deeping Wall; a face of impenetrable stone, save for a small culvert at its base.

Saruman would send an army of ten thousand Uruk-hai to wipe out the woefully outnumbered Rohirrim, and while Théoden had reckoned on the stone of the stronghold to protect them, he had not counted on the cunning of the Wizard. Ladders and giant ballistae flung grappling hooks with which to haul them up against the Deeping Wall, whilst Uruk-hai armed with explosive devices targeted the small culvert at the wall’s base, breaching defences hitherto deemed impermeable.

While the fortress was under siege, Éowyn led Rohan’s vulnerable to shelter within the Glittering Caves of Aglarond, behind the Deep. Surrounded by shimmering crystals and mineral pools the refugees were forced to bide the conflict, not knowing the fate of their kin in the battle, or that which awaited them; for good or ill.

The 20th Anniversary of The Lord of The Rings movies has a special significance to us here at the Workshop, and we are delighted to commemorate the upcoming event with iconic Middle-earth figures. Let the celebrations begin!

Orders for this piece were open for a strictly limited time, from 4th December 2022 to 18th December 2022 (PST). The final edition size of 937 was determined by the total number of orders made during this period. No more, no less.