The store will not work correctly in the case when cookies are disabled.
$49.99
excludes applicable taxes
Already in Wish List Add to Wish List
Pre-order now from our New Zealand warehouse for an estimated delivery 1st Quarter 2023. Please note, a 25% non-refundable deposit is payable at the time of order.
In stock
SKU
862804202
Be the first to review this product 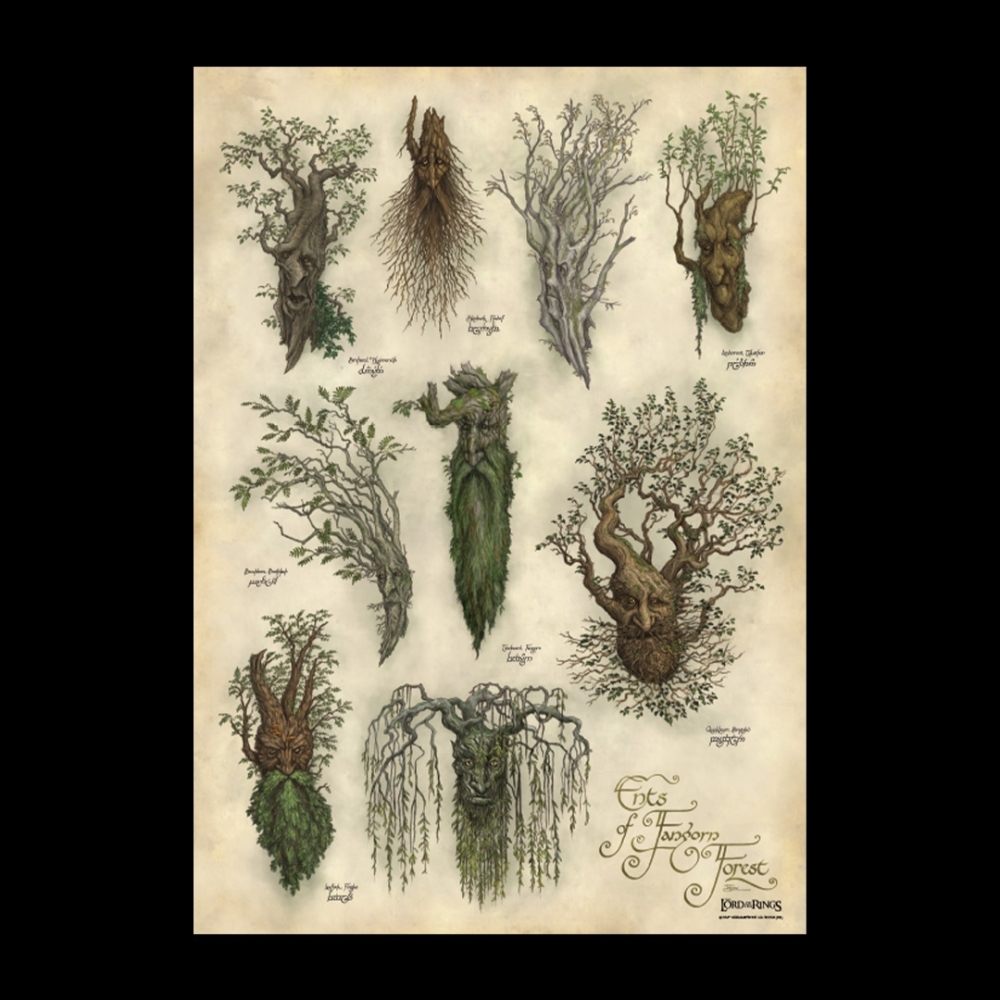 Mythical beings to mortals of the Third Age, Ents were mysterious giants said to have tended the forests of Middle-earth. They were shepherds of the trees, but in the long years since they first walked in the world their numbers had dwindled till only a few remained residing within the borders of the forest of Fangorn.

Nine different Ents were designed and built as digital creatures for The Lord of the Rings film trilogy. Here, those nine characters are displayed in the style of old botanical drawings.

There are people of extraordinary talent operating in today's world that have similar skills as the great masters of yesteryear. It just happens to be that the canvas that they paint on is the darkened screen of the cinemas of the world.

Senior Concept Artist at Wētā Workshop, Daniel Falconer joined the award-winning facility in 1996. The Workshop’s resident Tolkien expert, Daniel was instrumental in designing many of the iconic costumes, weapons, props, and characters seen in The Lord of the Rings. His film credits also include The Hobbit motion picture trilogy, King Kong, and The Chronicles of Narnia.

In addition to his work for the screen, Daniel serves as art director on Wētā Workshop’s collectibles and has written several books for the Workshop, including The Hobbit Chronicles and Middle-earth: From Script to Screen.

Printed on quality 170 gsm A2 satin paper, Ents of Fangorn Forest is shipped rolled up in a sturdy poster tube.