The store will not work correctly in the case when cookies are disabled.
SOLD OUT
SKU
870101120
9  Reviews Add Your Review
From New Line Cinema, Peter Jackson and Warner Bros. comes J.R.R. Tolkien’s The Hobbit, brought to the big screen in an epic trilogy. Wētā Workshop was thrilled to return to Middle-earth once again, contributing design, specialty props and specialty costu

Miniature statue
Skip to the end of the images gallery 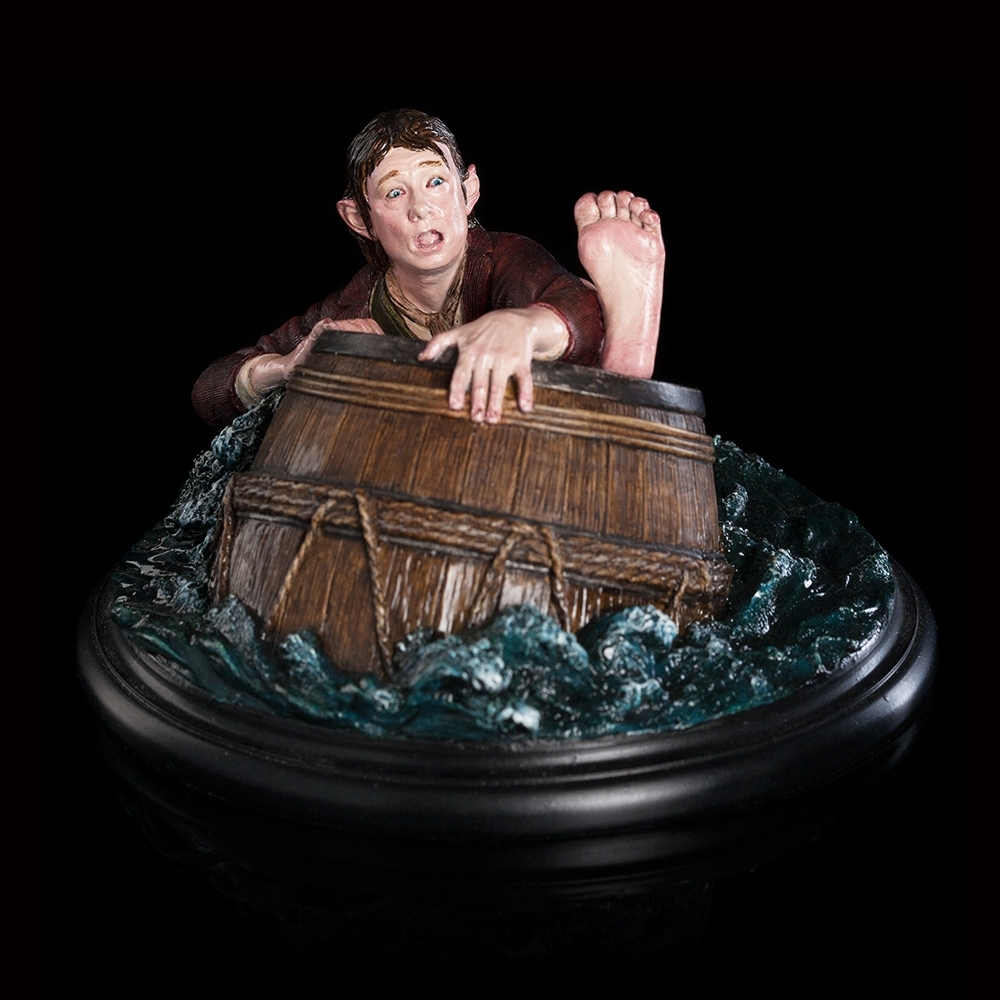 When the Dwarves of the Company of Thorin Oakenshield are captured and imprisoned by King Thranduil, Bilbo Baggins must conceive a bold plan to secure his friends’ freedom.

Stealing keys and leading his friends to the Elven King’s cellar, the hobbit bundles his companions into empty barrels and sends them careening to freedom down an underground river. As guards rush to prevent their escape, Bilbo leaps bravely after them, into the black waters and the new dangers to which it will sweep them all.

Please note: images are of a pre-production prototype. Each statue is hand painted and minor variations will occur.

Wētā Workshop’s high-quality Middle-earth collectibles are designed by the very same artists and technicians who work on our movies. It takes hundreds of hours to design, sculpt, model make, mold, and paint the prototype for each new piece. Whether it be a prop replica, beautiful environment or iconic character, we treat our collectibles with the same level of care and attention to detail that we bring to our film work.