The store will not work correctly in the case when cookies are disabled.
$499.00
excludes applicable taxes
Already in Wish List Add to Wish List
SOLD OUT
SKU
620102995
9  Reviews Add Your Review
Wētā Workshop is excited to dive into the world of Thra and create premium collectibles for the prequel series, The Dark Crystal: Age of Resistance, which tells a new story, set many years before the events of the 1982 movie. When three Gelfling uncover t
OFFICIAL MERCHANDISE. The Dark Crystal is a licensed trademark of The Jim Henson Company, used with permission. The Dark Crystal: Age of Resistance © 2019 Netflix, Inc.

JIM HENSON’s mark & logo, characters and elements are trademarks of The Jim He 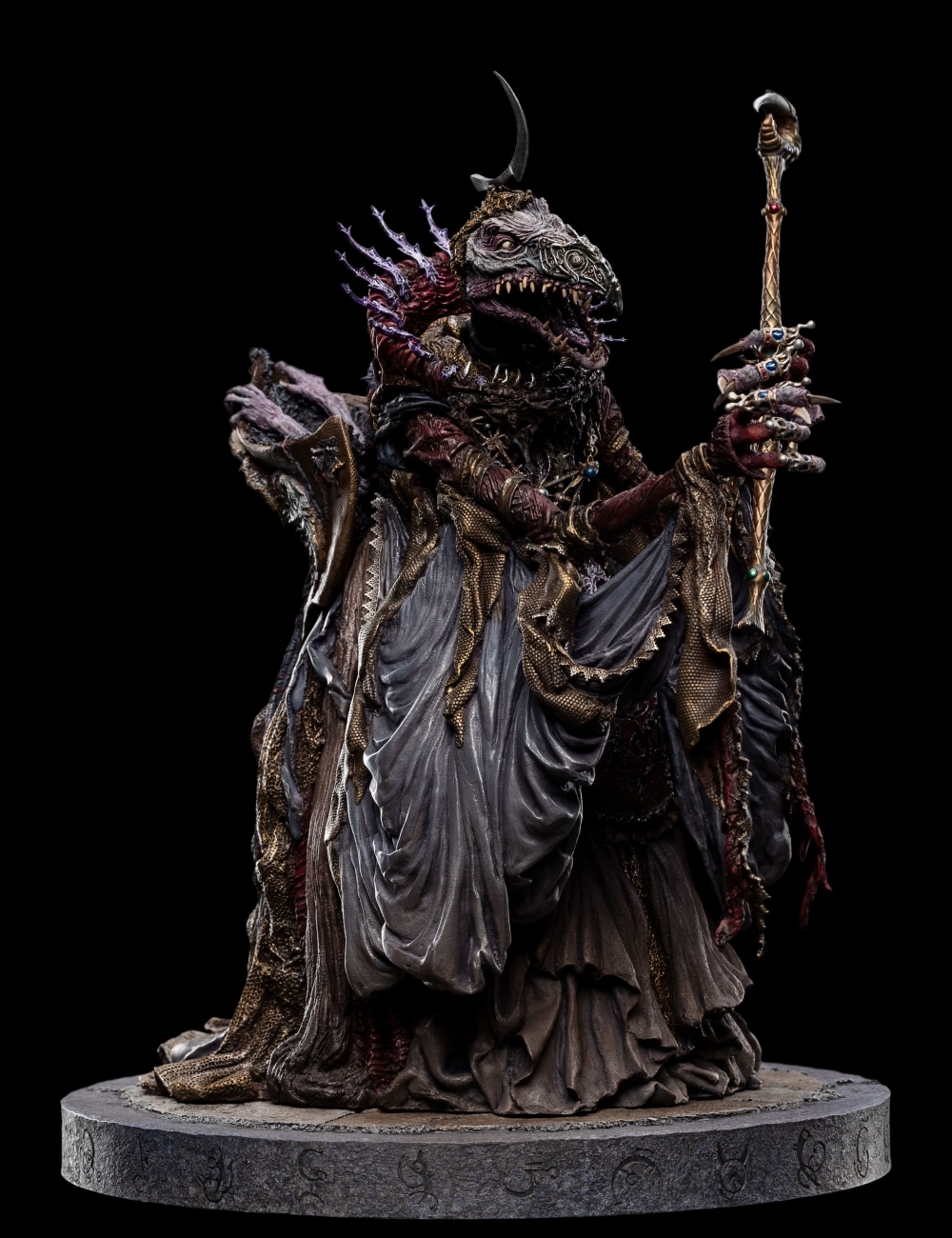 In the shadows of the Castle of the Crystal a dark and terrible discovery has been made. Entrusted with guardianship of the great Crystal itself, the Skeksis have abused their power and the Gelflings in their service. Under the direction of the Emperor, skekSo, the Crystal’s lifegiving properties have been cruelly exerted by the Skeksis to stretch their own vain lives.

The Emperor will stop at nothing to preserve the absolute power upon which he thrives. When word of the Skeksis’ betrayal escapes, he puts into effect a vicious and far-reaching plan. Gelfling clans are pitted against one another and the Skeksis plot against their peers, but is there an even darker secret underpinning the cunning Emperor’s schemes?

Crafting Collectibles from The Dark Crystal: Age of Resistance