The store will not work correctly in the case when cookies are disabled.
SOLD OUT.
In stock
SKU
620103307
Be the first to review this product
Wētā Workshop is excited to dive into the world of Thra and create premium collectibles for the prequel series, The Dark Crystal: Age of Resistance, which tells a new story, set many years before the events of the 1982 movie. When three Gelfling uncover t
OFFICIAL MERCHANDISE. The Dark Crystal is a licensed trademark of The Jim Henson Company, used with permission. The Dark Crystal: Age of Resistance © 2019 Netflix, Inc. © 1982, 2019 The Jim Henson Company. JIM HENSON’s mark & logo, THE DARK CRYSTAL mark &

1:6 scale statue - Limited Edition of 500
Skip to the end of the images gallery 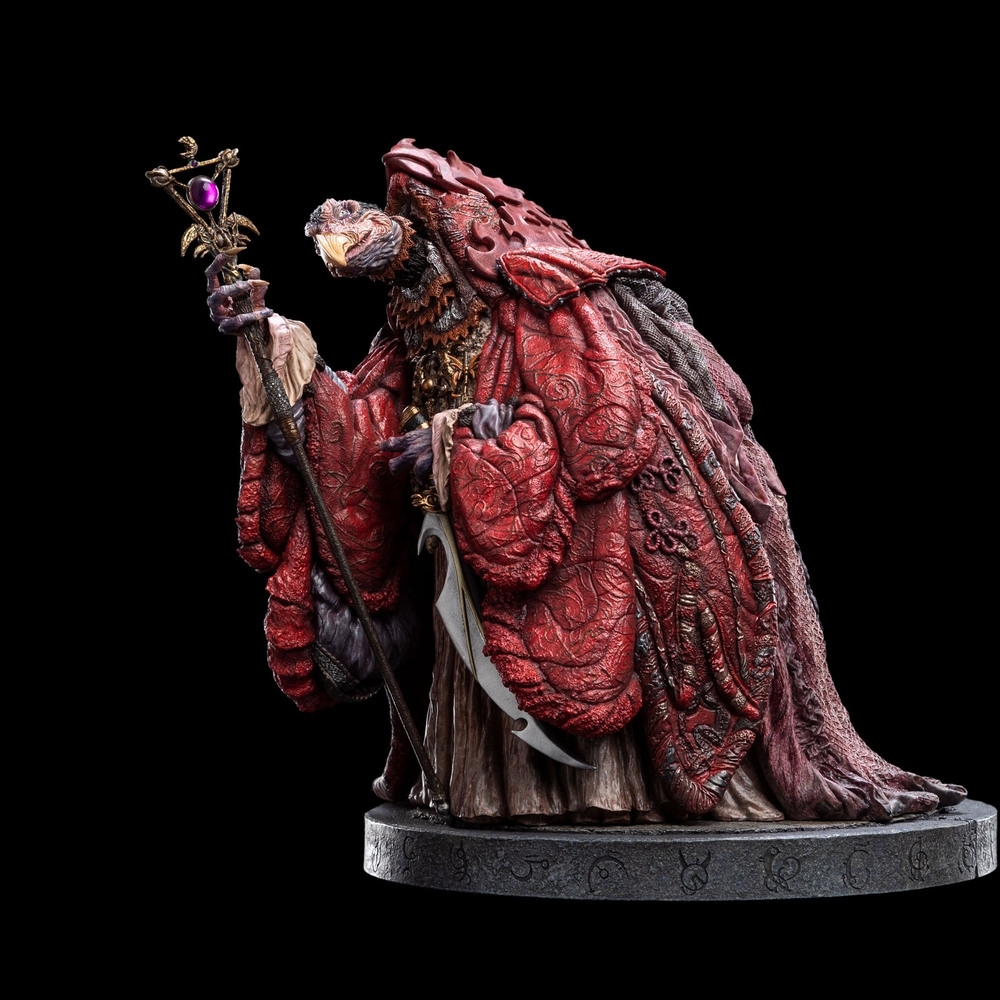 While all Skeksis were deceitful, dangerous creatures by nature, skekSil had honed his skills of manipulation to an artform. “This is what I do. Plant stories in ground, watch grow into truth.”

Having connived his way into a position of favour with the Emperor, the Chamberlain of the Skeksis enjoyed certain privileges and revelled in the prestige that came with having his monarch’s ear. When events contrived to threaten his position, skekSil was quick to act, weaving a web of suggestion and outright lies to entrap his rivals in the castle.

But when the rebel Gelfling Rian escapes the Castle of the Crystal and begins spreading his seditious ideas among the seven tribes, the Chamberlain finds his subtle council rejected by the Emperor. Desperate stakes call for harsher measures, and the Emperor forcibly ejects skekSil, replacing him as his closest advisor with the merciless General, skekVar.

skekSil cannot bear the humiliation of such public disgrace, but he buries his impulse to seek vengeance immediately, choosing instead to lay the seeds of a far more satisfying retribution to come…