SAURON™, LORD OF THE RINGS

Estimated delivery in 2nd Quarter 2022. Please note a 15% non-refundable deposit is payable at the time of order.

Seeking nothing less than dominion over all Middle-earth, Sauron wages war against a Last Alliance of Men and Elves. Though the allies of the West have fought their way to the very foot of Mount Doom in the land of Mordor where the Dark Lord reigns, his forces are vast and formidable.

Waves of vicious Orcs break again and again upon the lines of Elven King Gil-galad and Elendil of Númenor. Outnumbered and weary, the armies of light might yet prevail, but for the power of the One Ring, for striding out of the gloom beneath the Mountain of Fire is Sauron himself.

Towering above man and Elf alike, the Dark Lord is a hideous figure of twisted, blackened metal with a tall, spiked helm. In his iron grip is a cruel mace, but the greatest weapon he wields is the magical Ring upon his gloved finger.

Fiery runes flash across its golden surface and power surges from it through the looming warrior, for within the Ring the Dark Lord has woven ancient and terrible magic, suffused with his own vile spirit. No soldier can stand against Sauron’s advance so long as the Ring remains his, for in it lies the power to dominate all life, and from it, only death can come.

“Only after working for such a long time on this character was I able to see how the original movie design, with all its details and beautiful forms, was a superb depiction of Sauron the Dark Lord.

Orders for Sauron, Lord of The Rings were opened for a strictly limited time from 23 Jul to 5 Aug 2021 (PDT). The final edition size was determined by the total number of orders made during this period. No more, no less.

Please note: images are of a pre-production prototype. Minor variations will occur. 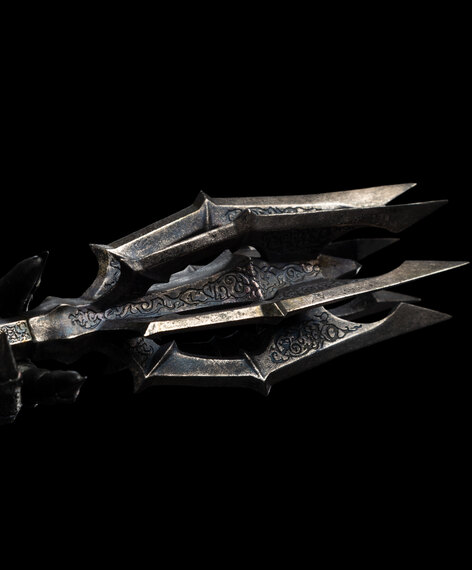 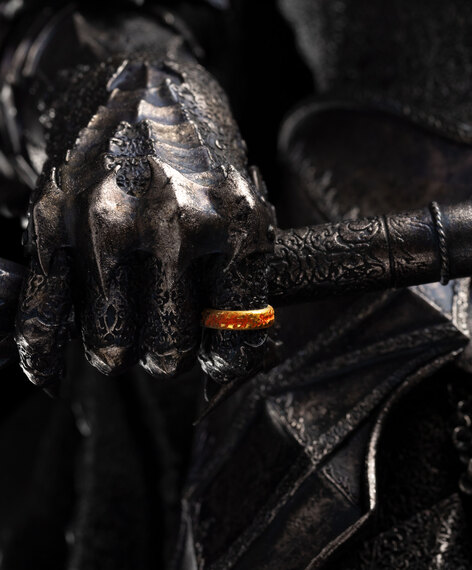