Designed for discerning collectors, our Masters Collection represents the pinnacle of Wētā Workshop craftsmanship. Embodied in each of these extraordinary statues, you’ll find an exacting attention to detail. Materials of the highest quality. The latest technology, meshed with the finest handcraft. A reverence for the source material that can only come from artists who have lived and breathed Middle-earth for over twenty years. More than collectibles, these are sculptures of fine art.

With that iconic line, one of fantasy’s most enduring friendships was brought to life in The Fellowship of the Ring.

The third statue in our Masters Collection is a celebration of moments such as these: the intimate, within the epic.

For the astute-eyed fan, there are hidden treasures within.

Order yours, and discover them precisely when you mean to.

One of the biggest practical challenges to making The Lord of the Rings was posed by the fact that Hobbits and Dwarves are so much shorter than humans and Elves. Not wanting to be limited to only casting such roles from a small pool of little people actors, Director Peter Jackson had told us that he wanted to use every trick in the book and a bunch of new ones that we hadn’t yet thought of in order to pull off the illusion that half of our main cast were a totally different size to the actors playing them. We would hire little people, but we would also be digitally shrinking characters, using clever in-camera tricks, making giant ‘big-rig’ stilt-suits, putting people on boxes or having them kneel in shot, and employing the age-old trickery of forced perspective but, as it turned out, in some ways that no one had ever done before…

Forced perspective is what we call it when objects in different planes are cheated to appear adjacent to one another from the point of view of the camera. Something or someone positioned closer to camera appears to be larger than something further away, and eyelines can be cheated so that characters positioned far apart can seem to be looking into each other’s faces in the same plane, when in fact they aren’t. In this way 5’7” Elijah Wood and 5’10” Sir Ian McKellen might sit at a table together, but by virtue of Elijah being further away, his Hobbit Frodo Baggins seemed to be a petite 4’2”, or thereabouts.

This technique was not new, but what was revolutionary was the marrying of it with motion control camera technology which would permit the camera to actually move through a shot and have the actors and practical set elements shift relative positions to reserve the illusion! That was something else, and we all marvelled to see it when the amazing team lead by Brian Van’t Hul demonstrated their innovations to us during the shoot.

One of the best examples of in camera Forced Perspective to be used early in the films was in the scene in which Frodo rides with Gandalf in his cart toward Bag End. In wide shots that showed the entire cart, Frodo was played by Kiran Shah, a veteran actor and stunt man who, at around 4 feet in height, as a perfectly proportioned double for Elijah Wood. For scenes shot in the cart, Elijah sat in a special seat that was cantilevered out away from Sir Ian McKellen’s Gandalf, opposite the camera, so that as the cart travelled along and we shot past the Wizard the seat upon which both sat appeared to be one continuous plank. For so simple a trick it was remarkably effective, but the true wizardry was the director’s cleverness in constantly switching techniques so that the audience was kept guessing and eventually simply accepted the Hobbits’ diminutive size as given.

The Lord of the Rings is often cited for its epic scope, massive armies, and intense battles of high action and even higher stakes. But the true heart of these films lies within the beautifully rich and complex characters that inhabit Tolkien’s world. Crafting Gandalf and Frodo in this scene of friendship was our opportunity to recreate a quieter moment that has so much emotional weight for fans, collectors, and us here at the Workshop.

NO STONE, SWORD, OR SIGNPOST UNTURNED

The Wētā Workshop crew sought to craft Gandalf and Frodo in faithful detail – with a few surprises to reward keen-eyed collectors.

Sculptor Steven Saunders had the benefit of set drawings and blueprints from 3Foot6 Ltd’s art department, where the cart was designed and built for the trilogy. With digital software, Steven used these references as an overlay for the sculpture to ensure fidelity to the film scene. Model-makers David Tremont and Leonard Ellis physically retextured the resin 3D print with an intricate level of real-world detail.

Each firework in Gandalf’s cart has been replicated directly from its film version where possible. To fill the cart, the Wētā Workshop crew looked beyond what was seen on screen, basing select designs on original, previously unseen conceptual art from The Fellowship of the Ring.

The resulting sculpture has a genealogy that can be traced to the heart of Middle-earth.

In July 2019, Wētā Workshop unveiled a work-in-progress version of Gandalf and Frodo at San Diego Comic-Con. Further refinements were made on site back at the Workshop. The Weta Workshop crew wishes to thank our passionate fans and collectors, for whom this Masters Collection statue has been lovingly crafted.
Previous Next 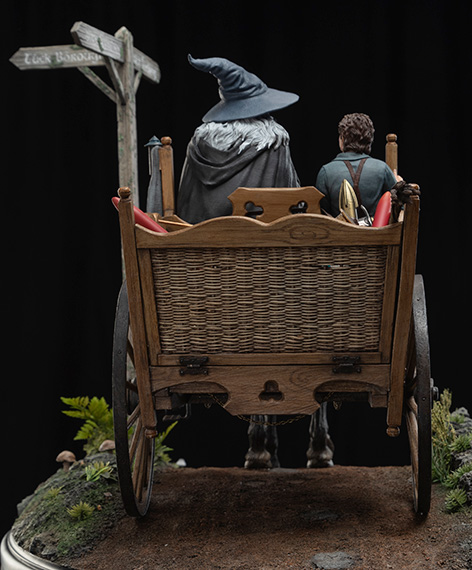 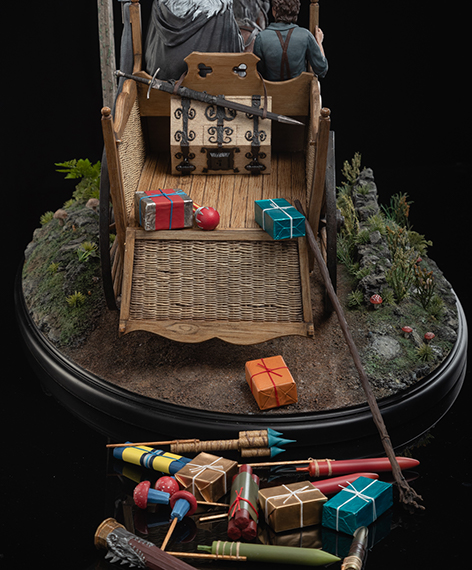 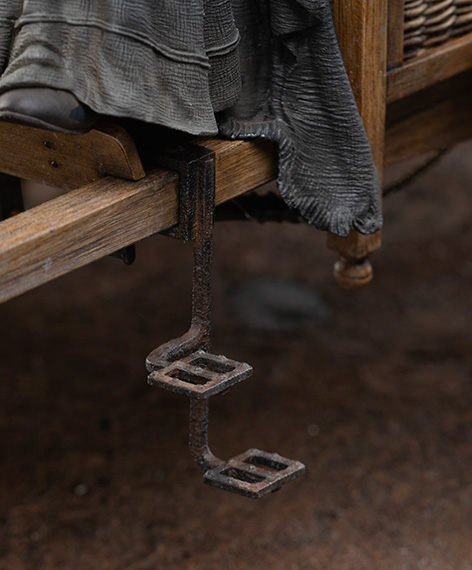 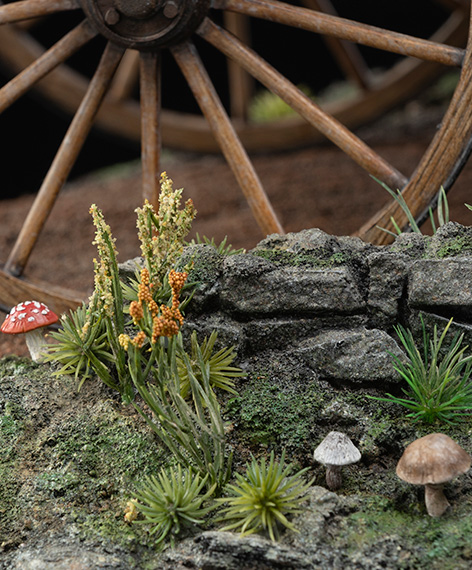 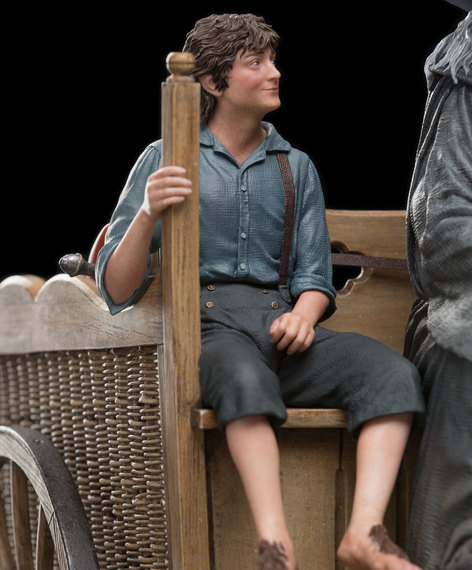 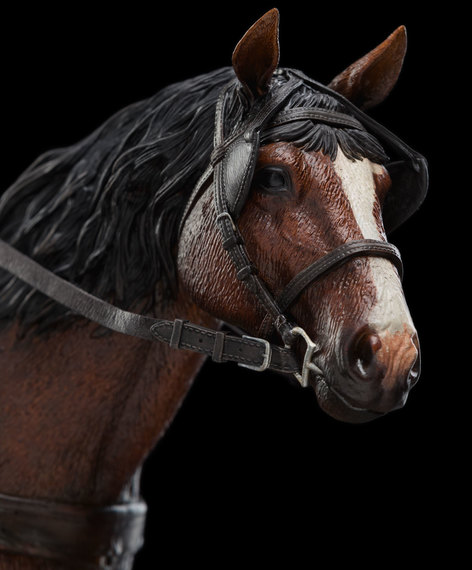 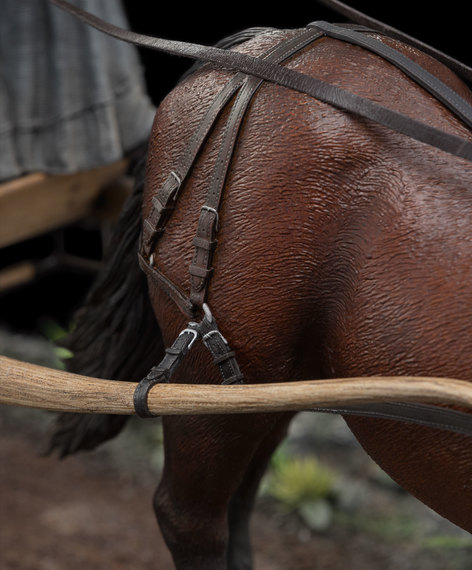 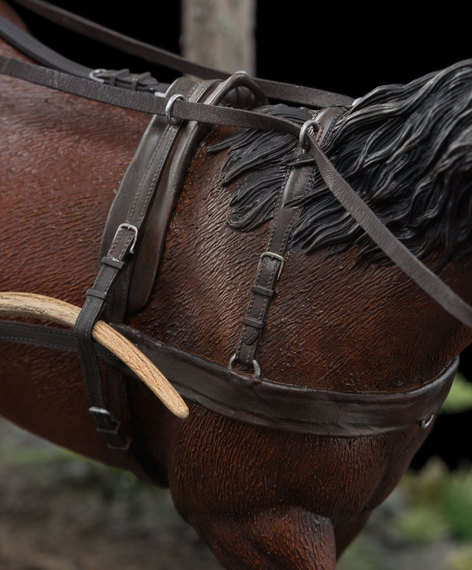 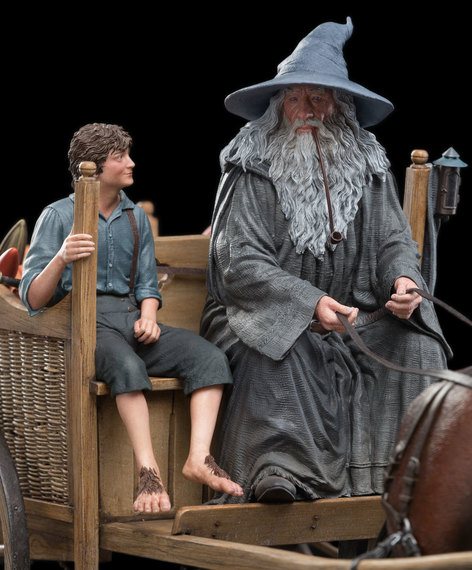 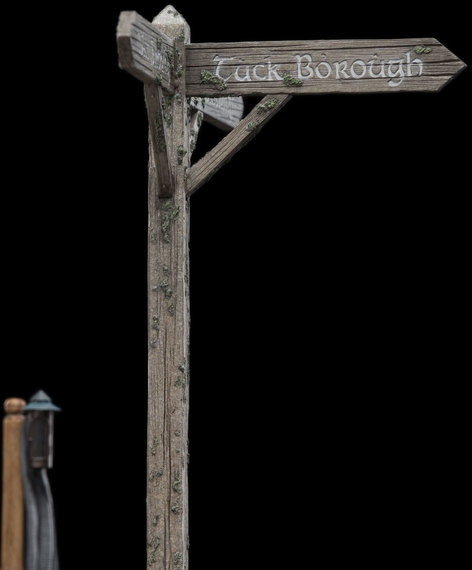 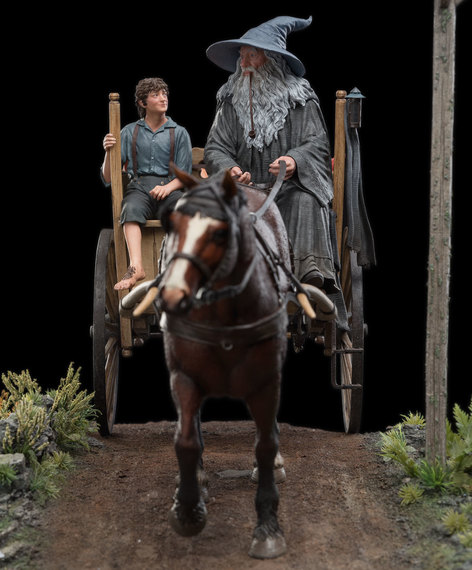 ABOUT THE WETA WORKSHOP MASTERS COLLECTION

Embodied in each of these extraordinary statues, you’ll find an exacting attention to detail. Materials of the highest quality. The latest technology, meshed with the finest handcraft. A reverence for the source material that can only come from artists who have lived and breathed Middle-earth for over twenty years.

More than collectibles, these are sculptures of fine art.