The store will not work correctly in the case when cookies are disabled.
SOLD OUT
SKU
880102765
16  Reviews Add Your Review
Selling over 66 million copies worldwide, the critically acclaimed Tomb Raider franchise is an action adventure video game phenomenon, starring one of game culture’s most iconic characters: Lara Croft. Weta Workshop is stepping into Lara’s world, partneri

LARA CROFT QUEEN OF THE JUNGLE

Back to Tomb Raider

1:4 scale figure - Limited Edition of 750
Skip to the end of the images gallery 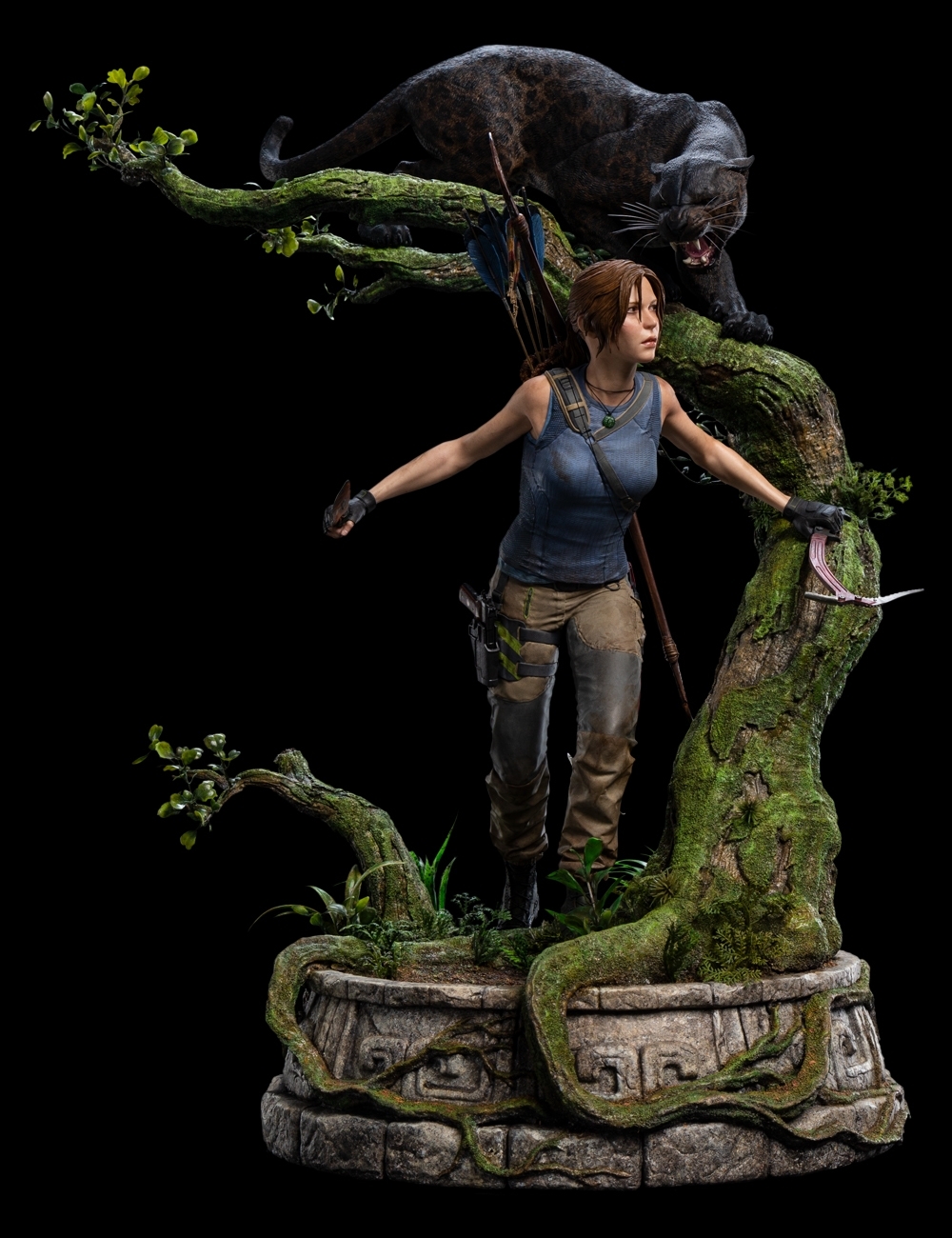 To survive in the Amazon, Lara Croft must hunt or be hunted. Deadly enemies swarm the forest floor. And from above, stalks the King of the Peruvian Jungle…

The imminent showdown with the jaguar catches Lara unaware. She is struck with the epiphany that she must become like the jaguar to stay alive. With stealth, Lara must stalk through the undergrowth, attack abruptly then disappear like the predator.

Lara Croft’s arsenal increases her odds of survival. Seen here with her signature bow and arrow, twin climbing axes and pistol. Lara can strike from afar or up close and personal with the weapons at her disposal.

And yet, the jungle is unforgiving. This highly-detailed sculpt bears all the telltale signs of Lara’s battles: scarred cheek, muddied clothing and rusty machete.

I fondly recall staying up far too late playing the original Tomb Raider game into the small hours, so it was a delight to revisit Lara Croft two decades later to dream up pose ideas for this statue. Lara is the fearless badass we all wish we were!

Weta Workshop concept designer Daniel Falconer was charged with reimaging this scene from Shadow of the Tomb Raider. His design was then transformed into 1:4 scale polystone by sculptor Daniel Cockersell, who worked digitally in Zbrush to immortalise Lara Croft as a collectible figure.

Weta Workshop’s exclusive range of Shadow of the Tomb Raider collectibles was revealed for the first time at San Diego Comic-Con 2018. As the star attraction, Lara Croft quickly drew a crowd of cosplayers and pop culture fans eager to own a piece of the highly anticipated game.

A Limited Edition piece of just 750, Lara Croft was developed by the same Weta Workshop artists and technicians who work on our film projects.

Please note: The collectible is based on the height of Lara Croft’s in-game model in the Shadow of the Tomb Raider game. Images are of a pre-production prototype. Each statue is painted by hand and slight variations will occur.

SHADOW OF THE TOMB RAIDER

Experience Lara Croft’s defining moment as she becomes the Tomb Raider. In Shadow of the Tomb Raider, Lara must master a deadly jungle, overcome terrifying tombs, and persevere through her darkest hour. As she races to save the world from a Maya apocalypse, Lara will ultimately be forged into the Tomb Raider she is destined to be.