The store will not work correctly in the case when cookies are disabled.
$799.00
excludes applicable taxes
Already in Wish List Add to Wish List
Pre-order now in our NZ, US & EU warehouses for estimated delivery in 1st Quarter 2023. Please note a 25% non-refundable deposit is payable at the time of order.
In stock
SKU
480104126
Be the first to review this product

As huge fans of Jim Henson’s The Dark Crystal (1982), Wētā Workshop is excited to dive into the world of Thra and create premium collectibles for this iconic film. The Skeksis have remained separated from their other halves, the urRu, for too long; only by repairing the Crystal of Truth can balance be restored to the world of Thra. It falls to the Gelflings Jen and Kira, the last of their kind, to fulfil the ancient prophecy.

1:6 scale statue - Limited Edition of 500
New
Skip to the end of the images gallery 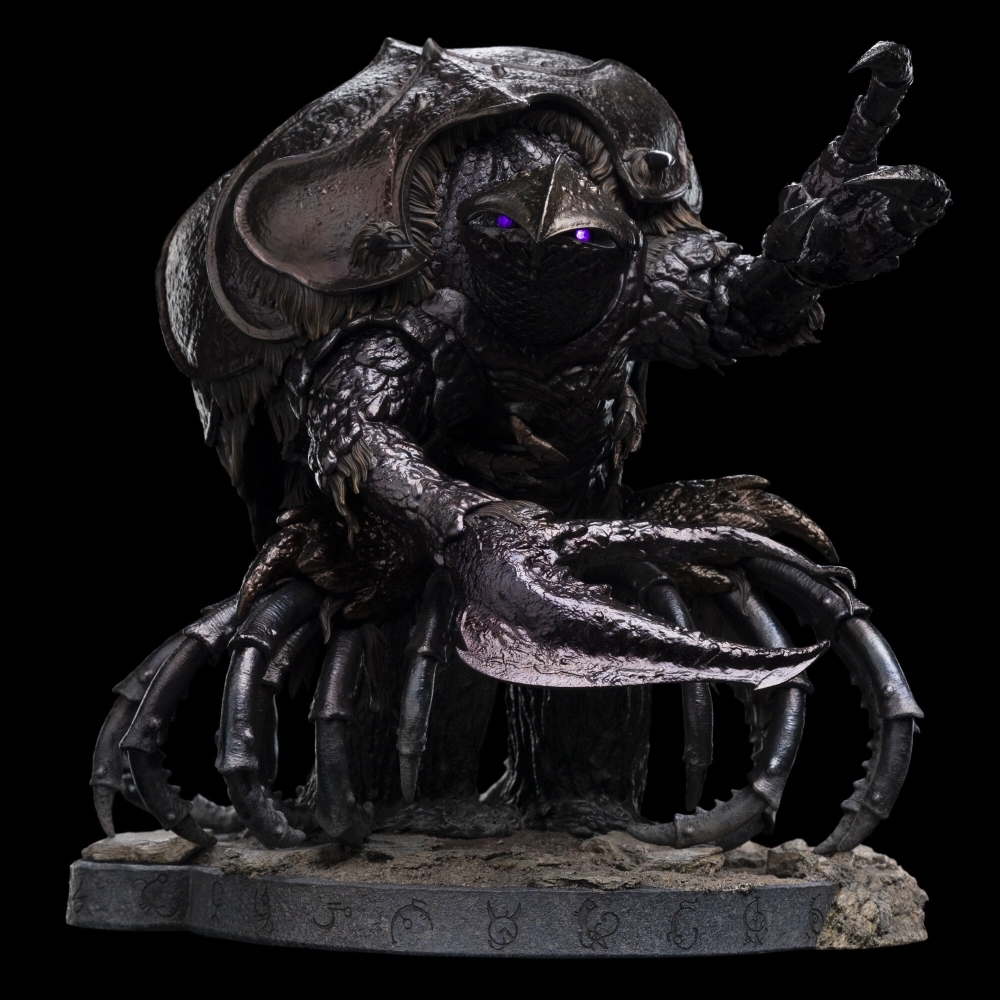 Tools of war, devoid of thought or conscience; a soulless army animated by arcane means, devoted and forever chained to the will of their masters; the Garthim were appalling corruptions engineered by the Skeksis to carry out their brutal crusade against the Gelfling.

Hulking, crab-like foot soldiers, the Garthim served their masters without question. Dispatched from the Castle of the Crystal to enforce the Skeksis’ campaign of brutality and genocide, the Garthim roved across Thra spreading terror wherever they went. Within the shadowed passages and halls of the darkened castle they stood silent and unmoving; sentinels on ceaseless watch, or cloistered in lightless pits, awaiting the orders of their draconic overlords.

With a mess of black legs, a polished jet-like carapace, and giant destructive claws, the Garthim were believed to be invincible. Mightier than any of Thra’s creatures, they smashed their way through almost any barrier, be it Podling homes or the walls of Aughra’s observatory. Few, if any beings, were their equal, save for the swift-limbed Landstriders, whose long legs could pierce Garthim shells and whose courage could overcome the terror of their piercing purple eyes.

SPECIAL BASE DESIGN
The three different sized circular bases across our 1:6 scale Dark Crystal range represent the Three Suns in the skies of Thra; the dying sun, rose sun, and great sun. Familiar iconography from the floor of the Crystal Chamber is featured around the outside. Spy the symbols of the urSkek, which have since been appropriated as signs of discord and Skeksis aggression.

So rich and visionary was Jim Henson’s 1982 passion project that it inspired dreamers across the creative arts, including a whole generation of film effects artists now working at Wētā Workshop. Released at a time when many of our crew were young and beginning to explore their own creative energies, The Dark Crystal was an eye-opener: it was possible to bring imaginary worlds to life, and it could be a career!

Now more than 30 years later we have the great pleasure of breathing life once more into this magical world, celebrating the creativity and passion that inspired so many of us today. We hope you’ll join us in reliving the world of Thra and its inhabitants as we continue to explore Jim Henson’s 1982 The Dark Crystal.