The store will not work correctly in the case when cookies are disabled.
SOLD OUT!
In stock
SKU
861002723
12  Reviews Add Your Review
Winner of seventeen Academy Awards, The Lord of the Rings was brought to the big screen by New Line Cinema and directed by Peter Jackson. Weta Workshop was intrinsically involved in the design and physical effects manufacture for all three films. 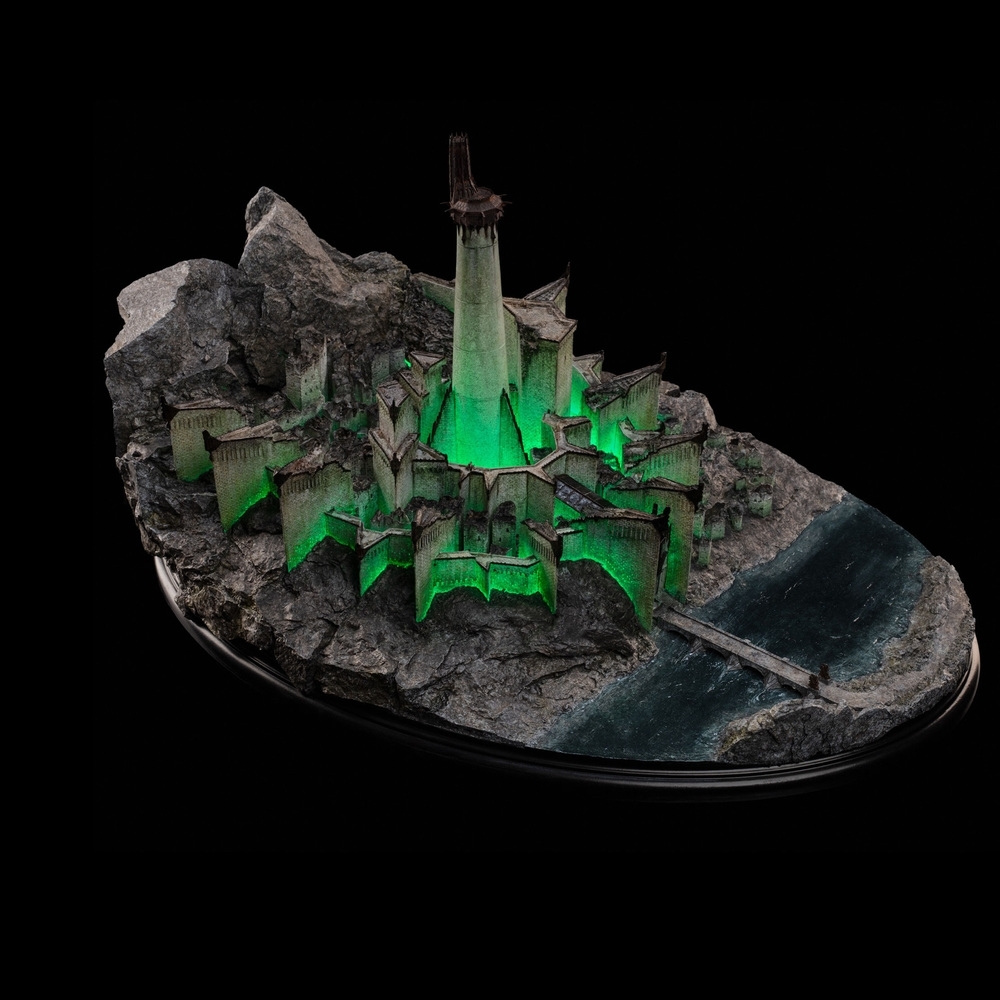 Minas Ithil was the shining sister city of Minas Anor in the early days of Gondor. Built in the Mountains of Ephel Dúath as a watch upon Sauron’s land of Mordor, the city’s gleaming towers shone silver-white beneath the light of the moon after which it was named. But when Gondor’s power waned and the enemy rose again in strength, Minas Ithil fell and became the domain of evil things.

The Witch-king of Angmar descended and claimed the citadel as his keep. Halls once full of brave soldiers were haunted by Wraiths and their terrifying mounts. Orcs tore down the city’s structures and camped in its streets, their ugly, corroding fortifications encrusting its walls and staining once pristine bricks with black defilement. Under the gloom of Mordor’s darkened skies, a sickly green glow issued from the city, now renamed Minas Morgul, the Tower of Black Sorcery, and it became a place of dread.

Hoping to sneak past the City of Wraiths and thereby into Mordor, Frodo and his companions pick their way carefully by the gruesome stone sentinels guarding Minas Morgul’s causeway. Exerted by the Ring and with the Nazgûl so close, the Hobbit struggles to remain composed and not yield himself to their summons. Sam and Gollum must wrestle Frodo to the ground and away from the roadway even as the great black doors open and the Witch-king’s vast army pours forth.

Referencing the physical model of the original Minas Morgul bigature created by Weta Workshop for The Lord of the Rings: The Return of the King, model makers Leonard Ellis and David Tremont recreated this miniature environment with exacting attention to detail: nine spikes protrude from the rusted eyrie, a perch for each Fell Beast; orc tents litter the streets; the Secret Stair, which Frodo and his companions climb towards Mordor, begins at the foot of the environment.

Two decades after he sculpted the causeway guards for the Minas Morgul shooting miniature, Weta Workshop sculptor Gary Hunt revisited the stone beasts, reducing the gruesome duo to microscopic size for the collectible.

Minas Morgul is the dark companion piece to Weta Workshop’s iconic Minas Tirith environment. This Limited Edition statue illuminates with a spectral green glow, replicating the iconic scene from the film. Plug your environment into the wall to cast the corpse-light from the Dead City.

Detail in miniatures is everything. The more detail that is put into a piece or section, the more it will appear like the real thing.