A book series about model making, telling stories and having a lot of fun with that process. Writer, David Tremont, puts forward his passion for model making and how easy it can be if you are willing to learn. His silly sense of humour ties it all together showing that we can have a lot of fun with the process of Building Stuff and Telling Stories.

It is a triumph, a literary masterpiece… words that you will never see associated with this book. This series of books continues and keeping to the tradition and format of the first two volumes, it also makes little sense.

“To be told that my books are influencing young people is the best thing I can hear.”

David Tremont shows the basics of making stuff, telling stories and having fun in the process. Learn how to see characters in ordinary objects. If you buy Build Stuff and Tell Stories Volume 3, there will be a Volume 3 printed somewhere on the cover for free.

“There is definitely a sense of accomplishment in getting this far. To have two pallets of books arrive is very exciting, a huge relief that all the work is now finished. Now to go through it again for the next book.”

When I started this project, I did not know what the story or characters would be. This made the first two books a little disjointed, then for me a bit of a problem creating a continuity of the world and the characters. This volume starts to pull it together telling the history of the robots and why they are in constant conflict. There is as great deal of fun and satisfaction creating the story of this world which gave me as much to build as books 1 and 2 together.

David Tremont: “As I have talked about before, my father inspired and encouraged me as a child. He made stuff and used his imagination. My mother was artistic also helping to develop imagination, so between them they pushed us kids into creative endeavours in different fields. It is something I would like to think that I can do for young people today. TV and books were the places we got to explore our imaginations and if we wanted toys from those places, we had to make them. Today, most things are available in a blister pack, which is very cool, but I would hope that people, young and old, can draw on their own skills to create what is in their heads.”
Previous Next 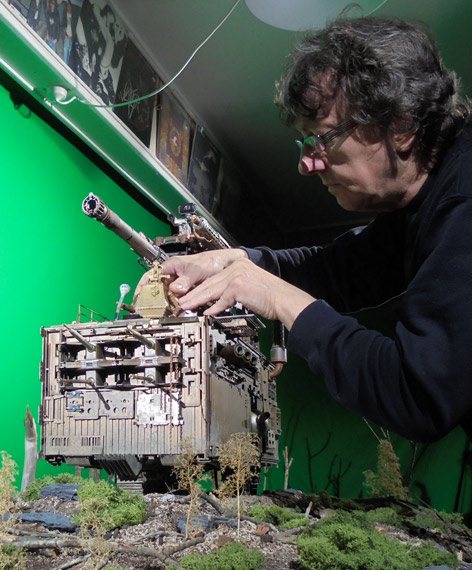 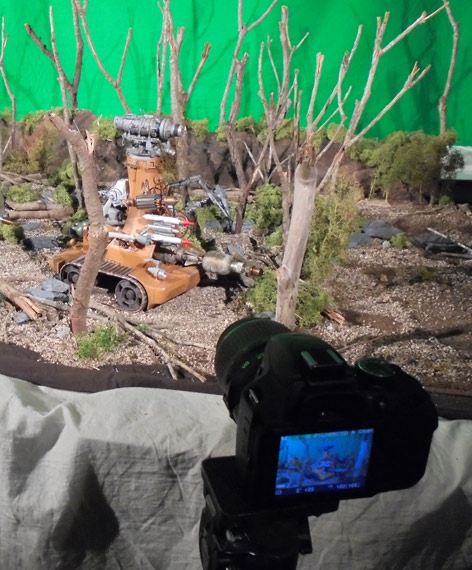 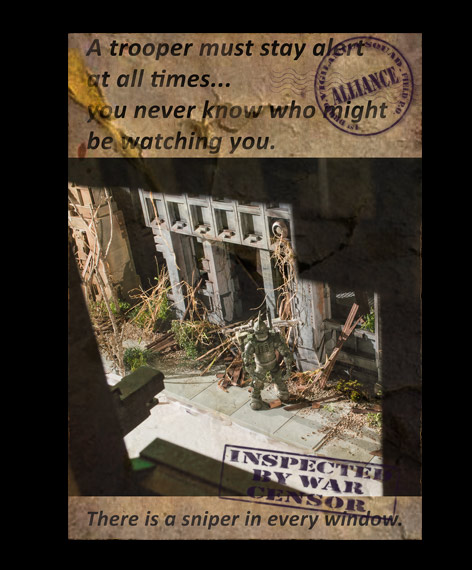 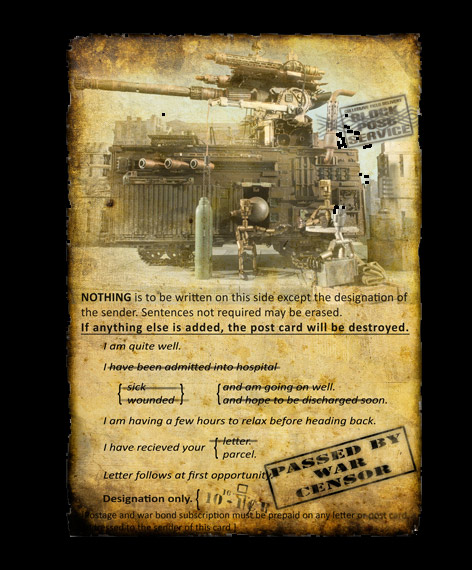 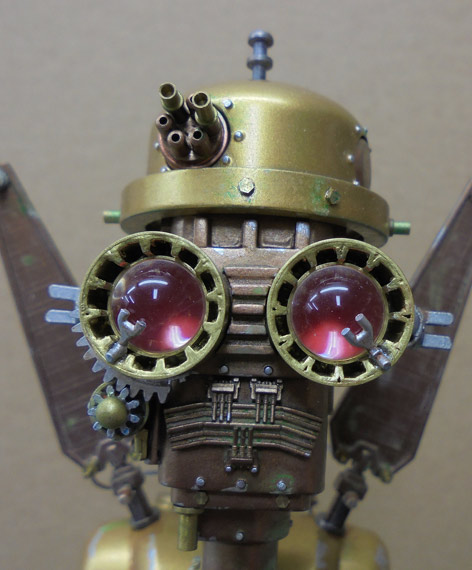 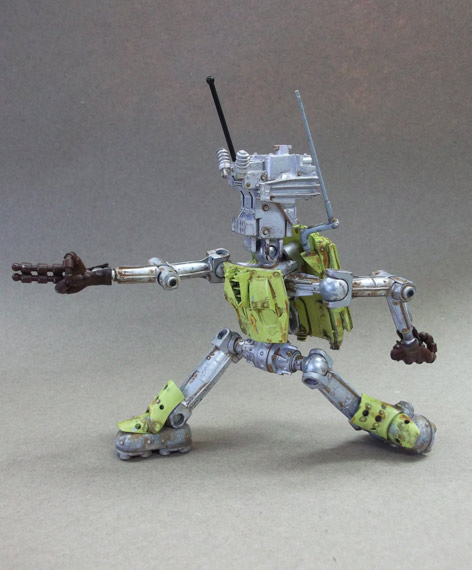 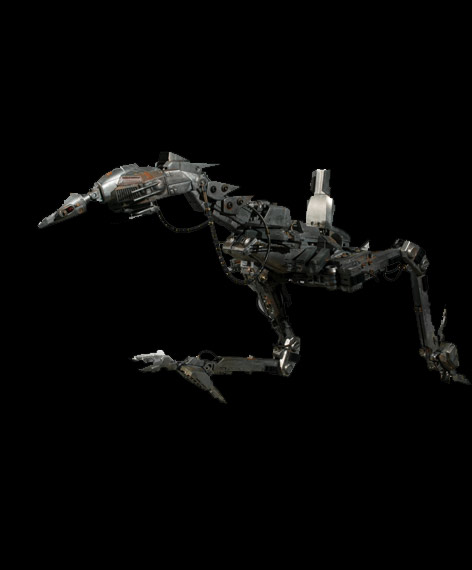 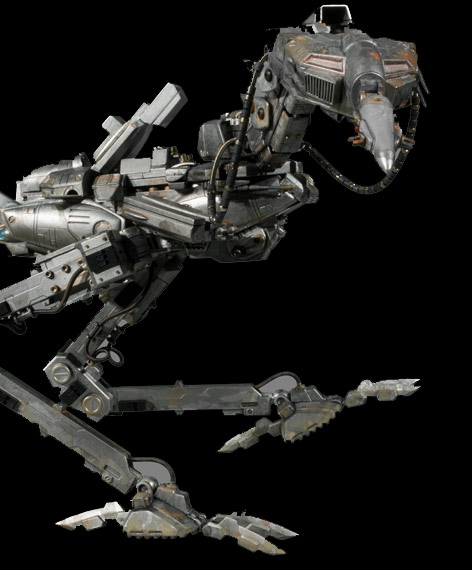 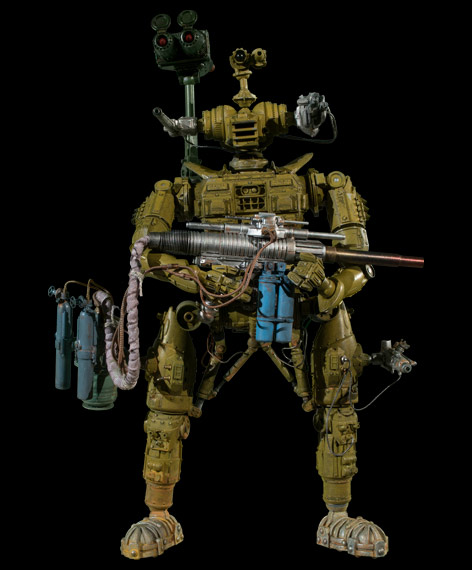 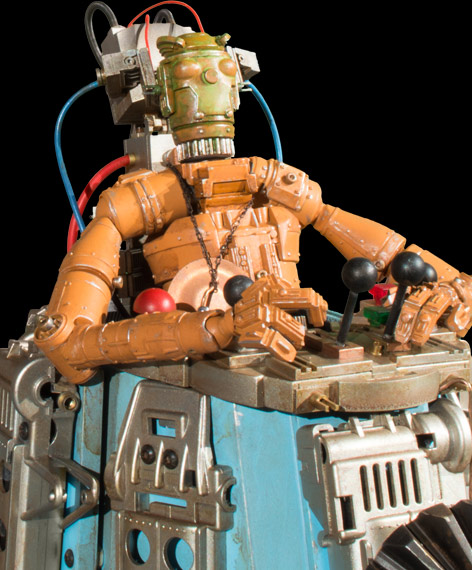 Book 3 starts to tell the backstory, where these characters came from and what happened to the original inhabitants of this world. The book is also filled with articles and behind the scenes to show how the models were made and photographed. At all times it shows that it should be a fun process, none of it should take itself seriously. The author also shows that mistakes happen and is part of the learning process. This book, as with the first two, is not polished and shows that giving it a go is more important, mistakes and all. It makes it accessible.